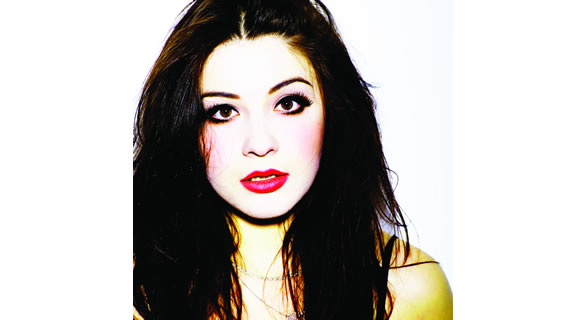 The 8th Tunbridge Wells Mela Festival which celebrates the diversity of the borough through music, food and dance will be taking place on July 7 at the Calverley Grounds between 12.30pm and 6pm. The Mela has been organised in partnership by Cohesion Plus Kent, Sue Latham Events and the Kent Equality Cohesion Council.

In addition to the stage programme there will be food zone with dishes from around the world being served and also a creative arts zone where leading arts organisation Samesky and Tunbridge Wells Childminding Association will be running workshops.

Gurvinder Sandher the Artistic Director of Cohesion Plus commented “We are very pleased that we have managed to put on the Mela again this year in Tunbridge Wells. This has been by far the most challenging to date in terms of fundraising but we are very grateful to our principal funders Arts Council England, local sponsors including Axa PPP Healthcare and local stall holders who have all contributed towards making the Mela happen. We hope that the local communities will come out and support the Mela and showcase how events like this can promote and reinforce the positive community relations enjoyed across the borough. I am also personally very grateful for all the hard work being put in by local community groups and volunteers in the buildup to the Mela.”

Sue Latham from Sue Latham Events commented “The Mela over the years has proven to be very popular in terms of attracting not only audiences but also leading creative and performing artists to it. We feel that this year is no exception; we have an exciting stage programme showcasing both local and national talent with different genres on stage from pop music, to bhangra, calypso, comedy and soul. While in the food zone we have a range of food from around the world including Asia, British, Indian, Oriental, European and Caribbean. 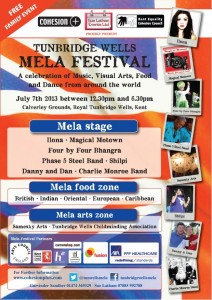