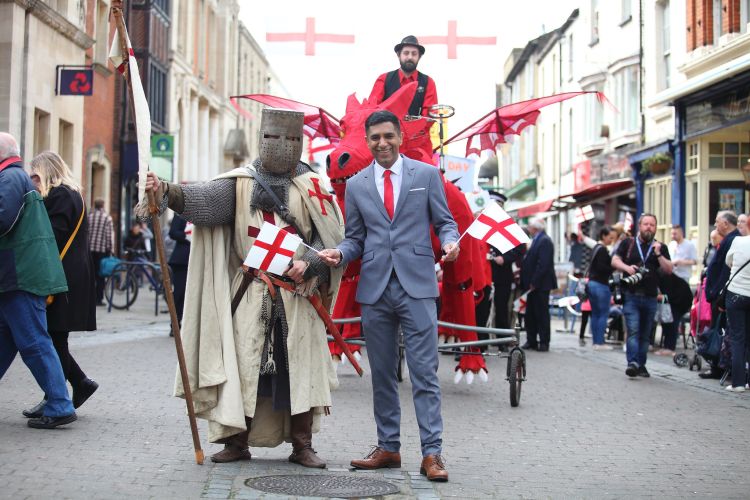 Preparations are now at an advanced stage for return of the annual Saint George’s Day celebrations taking place in Gravesham and Dartford on Friday 22nd April. 18 local schools across the two boroughs have been taking part in creative arts workshops delivered by Same Sky in the build up to the day and the creative makes from the sessions will be showcased during the parades.

The festivities start in Gravesend Town Centre at 9.45am and finish at 11.30am and take place in Dartford between 12.45pm and 2.30pm. Alongside the schools there will be a programme of entertainment including traditional and contemporary brass bands, fusion dhol drummers, folk musicians, Saint George himself and a large scale dragon.

In addition on Saint George’s Day itself, on Saturday April 23rd there will be a programme of activity in Dartford Town Centre between 10.30am and 2.30pm including an opportunity to have a selfie with Saint George and the Dragon, as well as music and entertainment for children.

The ethos of the events is to celebrate diverse England in the context of 2022, bringing communities together as well as educating young people about Saint George the patron Saint of England. This will be the first in person celebration since April 2019. 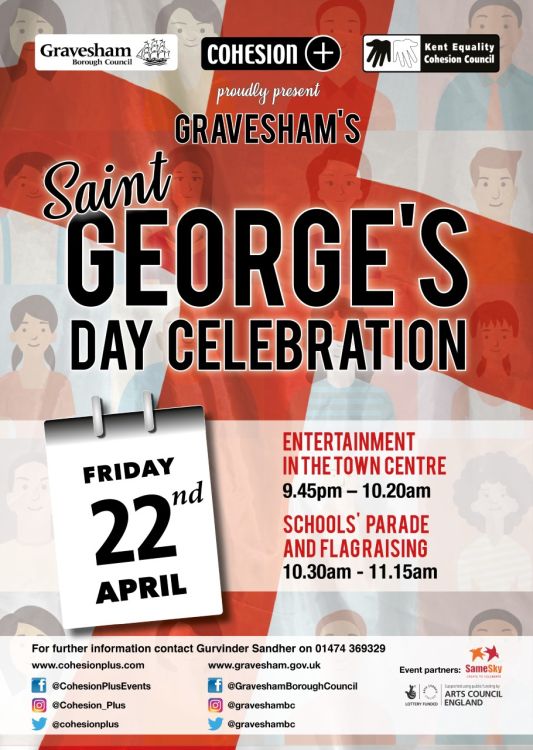 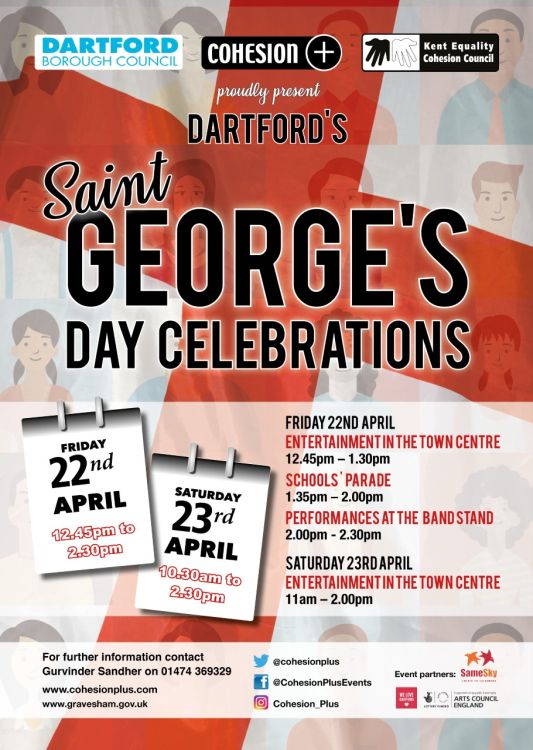