Gravesend Town Centre was brought to a halt with a spectacular lantern parade as part of the Gravesham Festival of Christmas Lights on Friday 16th November which incorporated the switching on of the town’s Christmas Lights. The celebrations were organised by Cohesion Plus working in partnership with Kent Equality Cohesion Council and Gravesham Borough Council supported by Arts Council England.

11 local schools and some 3,500 enjoyed the lantern parade led by the Mayor of Gravesham, Councillor David Hurley along with Deputy Lord Lieutenant Dr Vasudaven and representatives from various faith and community organisations.

In the build-up to the event 550 children took part in artistic workshops in their schools led by Same Sky to create lanterns inspired by the theme of Christmas and light.

Entertainment was provided by Crocodile Style Brass, Knights Academy, Folk in Fusion Drumming Santas, Stilt Batteristas and Bloco Fogo Samba. The parade was led by a giant Garuda Bird called Shanti which was specially lit up for the occasion. The Christmas Lights were switched on in the Town Centre as the parade passed by.

The climax of the celebrations took place in the Gravesham Borough Market where the Cohesion Plus produced Folk in Fusion Drumming Santas performed their new Christmas single which had a unique fusion of Indian and African drumming and vocals. This was followed by a series of performances which included stars of this year’s Woodville pantomime Peter Pan and a spectacular lights and fire finale show.

Gurvinder Sandher the Artistic Director of Cohesion Plus who led on the organisation of the event commented “This was our biggest and most spectacular lantern parade to date. It was wonderful to see so many people come out to participate and support the celebrations in the Town Centre. The parade was so long that when the front of it had reached the entrance to St George’s Shopping Centre, the back of it was still on Community Square. I believe strongly that it is important that we use the arts and celebrations like Christmas to bring communities together and celebrate our shared values and what binds us together creating shared experiences for the diverse communities of the borough.” 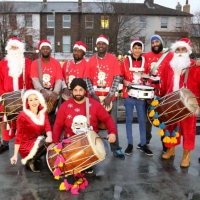 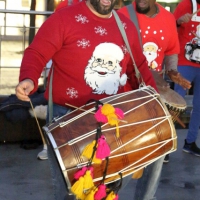 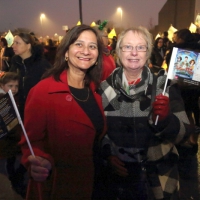 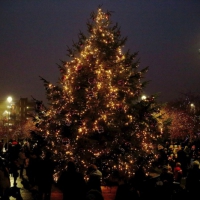 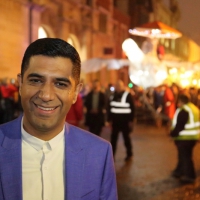 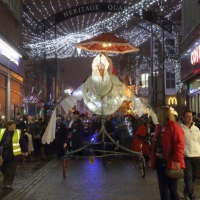 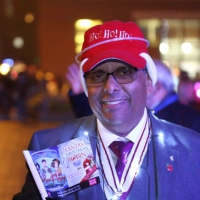 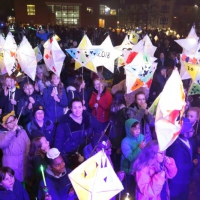 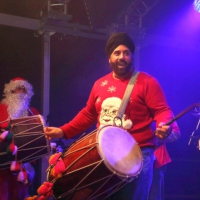 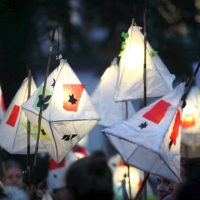 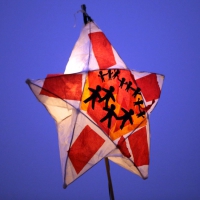 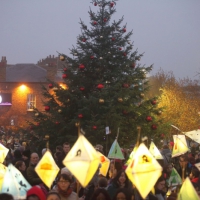