Cohesion Plus and Kent Equality Cohesion Council working in partnership with Swale Borough Council have arranged the third Swale Fusion Festival of Light which will be taking place on Friday October 11Th between 6pm and 7.30pm. This year is the biggest festival planned to date

On Saturday October 5th free lantern making workshops are taking place between 11am and 1pm at Ideas Test who are based at 34 High Street in Sittingbourne.

This is in addition to the workshops taking place in 13 local schools to create lanterns around core values of respect, excellence, friendship and equality which are being delivered by Same Sky Arts, Ideas Test and Big Fish.

The lanterns will be carried by the young people in the colourful parade which will be the focal point of the festival. Furthermore, 3 of the schools participating are also benefiting from music and dance workshops which are being delivered by Cohesion Plus.

Gurvinder Sandher the Artistic Director of Cohesion Plus commented “I am really pleased with how the Fusion Festival of Light has evolved. This year some 650 children from across the borough will benefit from creative art, music and dance workshops. The whole ethos of the festival is to use the arts to bring communities together to celebrate what binds us as citizens of Swale.” 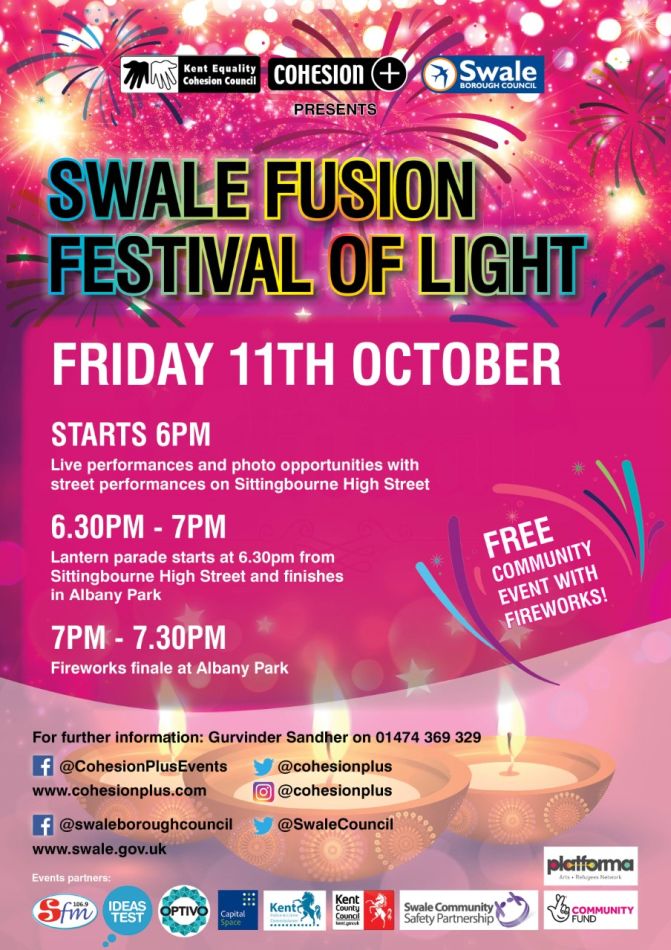