Cohesion Plus made its first venture into the music industry through its ‘Folk in Fusion Drumming Collective’ hit ‘Jingle Bells (Fusion Mix’ which peaked at number 9 in the iTunes world music chart! The song features vocals from Lucky Moyo, Gilly Shokar and was produced by Bill Sandher.

Gurvinder Sandher Artistic Director of Cohesion Plus commented, “We were really pleased with what we were able to achieve on a very tight time scale. We wanted to mix Southern African folk and Punjabi pop from North India together, to put our fusion spin on a great Christmas classic. We hope this is the first of many musical productions and the song is a testament to the growth of Cohesion Plus as an arts organisation over the past ten years.” 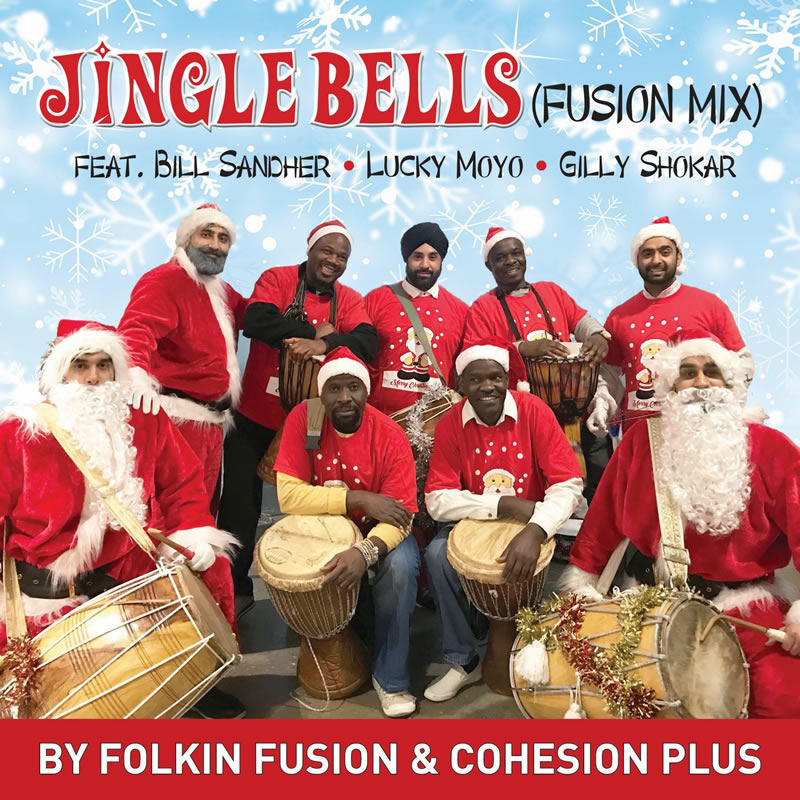