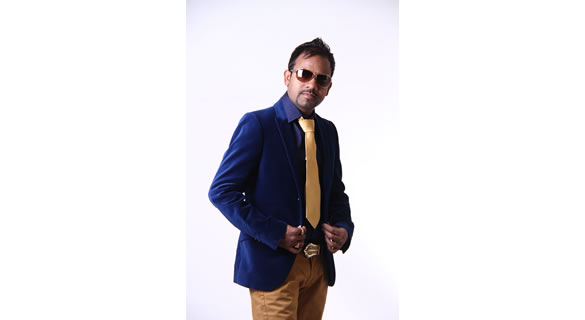 Cohesion Plus is working in partnership to deliver 2 fantastic community events on Saturday July 19 with Gravesham Borough Council and the Northfleet Carnival Committee.

Between 1pm and 3.30pm the Northfleet Carnival will take place starting at Springhead Enterprise Park before going via Hall Road and Perry Street into the Town Centre before finishing on Canal Road. Cohesion Plus working with LV21 and the Grand Project will have a float in the Carnival which will include creative art work done by young people around the “Six Ways to Wellbeing”, Phase 5 Steel Band and Four by Four Dhol Drummers. In addition Cohesion Plus through its “Kent Mela Festival Project” arranged creative arts workshops which took place at Gravesend Grammar School for 180 young people in the build up to the Carnival.

Cohesion Plus is also a partner on the “Gravesham Riverside Festival” which takes place between 12pm and 6.45pm at the Gravesend Promenade. Entertainment on the day includes the Rock Choir, Killer Queen and leading bhangra star Angrej Ali who will be supported by Sunny Hayre and Nick Sahota. In addition there will 3 big tops, one will feature circus skills and performances, in the Fort Gardens there is an Arty Party which will feature performances and workshops from local arts organisations and the third tent will have creative arts workshops taking place.

Gurvinder Sandher the Artistic Director of Cohesion Plus commented “This really is super Saturday in terms of arts and entertainment and I am proud that we are involved in these celebrations. This is the first year that we are involved with the Northfleet Carnival and I was keen to provide a platform for culturally diverse artists like Phase 5 Steel Band to be involved in the carnival. We have been involved in the festival at the Promenade since its inception and this year with the new format we believe it will be another great event for Gravesham. I am delighted that Angrez Ali will be performing alongside Sunny Hayre and Nick Sahota and I look forward to them showcasing their skills to a culturally diverse audience many of whom will not have heard their style of music before.” 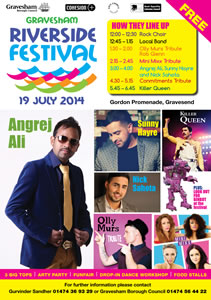