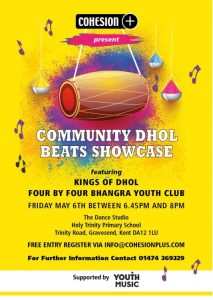 Cohesion Plus was delighted to support one of its key funders and partners Youth Music who had arranged a nationwide “Give a Gig Week”. The free gig took place on May 6th and showcased the Community Dhol Beats Project which has been running in Gravesham since 2019.

Young people from the project showcased their dhol drumming skills alongside the Kings of Dhol and dancers from the Four by Four Bhangra Youth Club. The event at The Dance Studio in Holy Trinity Primary School was attended by parents, community partners and members of the public.

The gig climaxed with a special presentation to all the young people who attend the weekly sessions as well as the project team and volunteers.

Gurvinder Sandher the Artistic Director of Cohesion Plus commented “The last few years have been challenging for all of us. The Community Dhol Beats Project was launched in 2019 but was severely impacted by the pandemic. I am pleased that we are now back to a degree of normality in a bigger venue, and that young people are benefiting from the project. It was so great to see how far they have come, for many it was their first live performance and it was extra special that it took place during Give a Gig Week. We are grateful to Youth Music for their ongoing support as it vital that the young people and their families have access to free culturally diverse music provision which cannot be accessed elsewhere.” 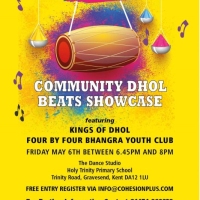 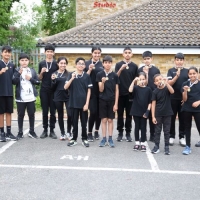 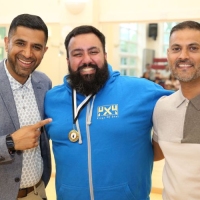 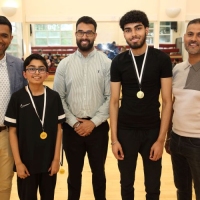 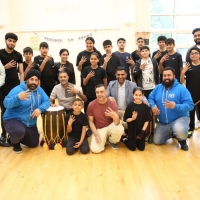 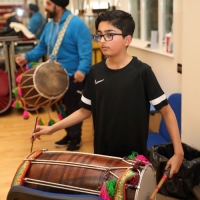 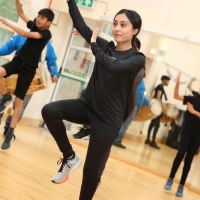 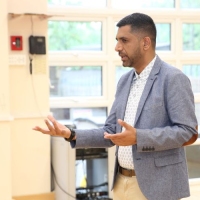