Dartford played host to some of the largest Saint George’s Day celebrations on Tuesday 23rd April. Around 550 children from 9 local schools participated in the annual parade along with hundreds of spectators. The celebrations were organised in partnership by Cohesion Plus and Kent Equality Cohesion Council supported by Dartford Borough Council in what were some of the biggest celebrations taking place in England.

The Schools began the parade from the Civic Centre and were led by North Kent resident Russell Palmer as Saint George himself. Special guests included the Mayor of Dartford Cllr David Mote and Council Leader Cllr Jeremy Kite MBE. The parade went through the Orchard Shopping Centre and onto the High Street where they were joined by a large scale dragon and hundreds of local residents. The parade stopped briefly at Memorial Gardens where the flag of Saint George was raised before moving on to Central Park where there followed a programme of entertainment which climaxed with the National Anthem.

Gurvinder Sandher, the Artistic Director for Cohesion Plus commented “It was great to see so many people come out and support the Saint George’s Day celebrations. We have always felt that the arts can have a positive impact when it comes to community cohesion and to see so many people from different faiths and backgrounds come together to celebrate the patron saint of England makes us very proud as an organisation. We very much value the ongoing supported by our partners in Dartford and feel that other parts of the country can learn about what we doing when it comes to Saint George’s Day.” 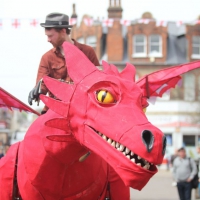 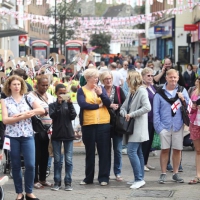 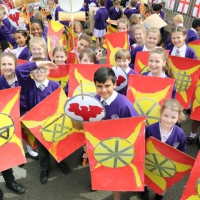 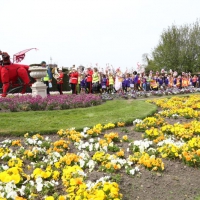 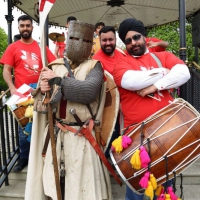 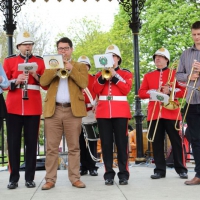 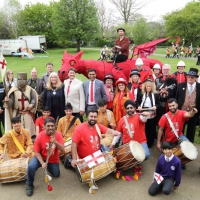 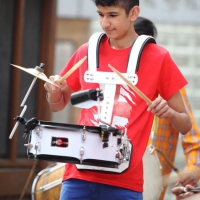 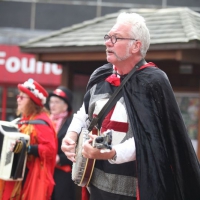 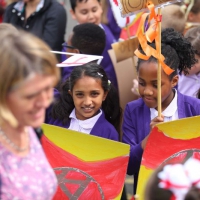