The first ever Dartford Festival of Light took place on Friday October 16 through Dartford Town Centre between 6.30pm and 7.30pm. The parade involved 11 schools from Dartford who worked with renowned arts company Emergency Exit Arts in the build up to the event. In total over 450 young pupils benefited from arts workshops in the build up to the event. The children made lanterns and torches which they carried in the parade. In addition to the pupils parents also were involved in the parade and at its peak some 600 people took part.

In addition to the children and parents, the parade also involved Bloco Fogo Samba Group, Lucky Moyo African Drummers and the Four by Four Dhol Drummers.

Dev Sharma MBE the Director of North West Kent REC said “Dartford has always prided itself on its positive community relations. Events like this just underline this point. It was so great to see the community of Dartford come together as one”

The Festival of Light was organised by local arts organisation Cohesion Plus in partnership with North West Kent REC and the Dartford East and West Local Children’s Services Partnerships. The parade started on the green outside Central Library, and then went through the High Street, where it stopped at One Bell Corner Bank for live music performances by the Bloco Fogo Samba Group, Four by Four Bhangra Group and Lucky Moyo African Drummers. Then parade then continued on back to the starting point.

The aim of the Festival of Light was to bring the communities of Dartford together through the arts, and was been inspired by the Cultural Olympiad which promotes the Olympic values of excellence, respect and friendship and the Paralympics values of empower, achieve and inspire.

According to Gurvinder Sandher the Director of Cohesion Plus who co-ordinated the event “I have been overwhelmed by the response. It was so fantastic to see so many young people and their parents come out and participate in the Festival. I am looking forward to working with our partners Dartford Borough Council, Kent County Council and Kent Police to see if we can do something even bigger next year as there is clearly interest in an event like this in Dartford” 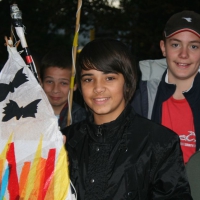 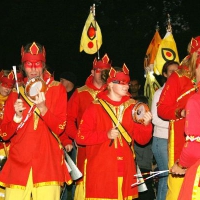 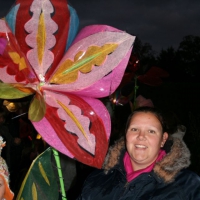 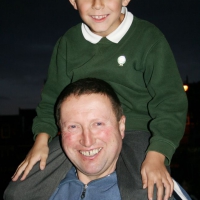 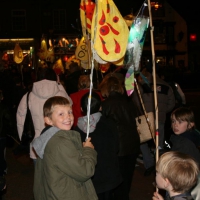 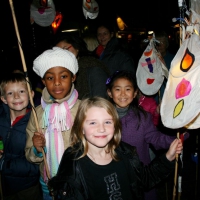 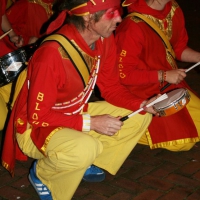 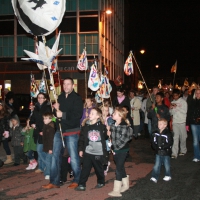