Dartford town centre was brought to a standstill on Friday October 22 as around 800 people took part in the second Dartford Festival of Light.  The parade involved 15 schools from Dartford along with their parents and members of the public who joined in as the parade went around.  The children had been working hard in the preparation for the festival making lanterns and torches which they carried in the parade.  In total over 650 children benefited from workshops in the build up.

The parade started on the green outside Central Library, it then went onto the High Street, before turning left at One Bell Corner and then head back towards the Bandstand in Central Park.  The parade was led by the Bloco Fogo Samba Group and the Cultural Beats Dhol Drummers. The Festival climaxed at the Bandstand in Central Park where the participants were thanked by the Mayor of Dartford Cllr. Pat Coleman for all their hard work and energy to make the festival such as success.

The Festival of Light was organised by Cohesion Plus in partnership with Kent Equality Cohesion Council, Dartford Borough Council and the Dartford East and West Local Children’s Services Partnerships.

The aim of the Festival of Light was to bring the communities of Dartford together through the arts, and had been inspired by the Cultural Olympiad which promotes the Olympic values of excellence, respect and friendship and the Paralympics values of empower, achieve and inspire.

According to Gurvinder Sandher the Director Cohesion Plus “I was overwhelmed by the positive response that we had.  This was our biggest festival to date and it was so positive to see the community of Dartford coming out and supporting it.  The event aims to bring the communities of Dartford together through the arts and showcase some of the positive work being done by young people locally.  I felt that we more than achieved this.  I already have plans for how we could make it even bigger next year so that more schools and community projects can get involved.” 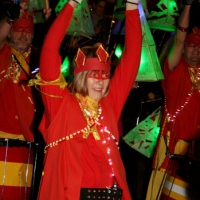 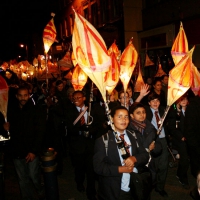 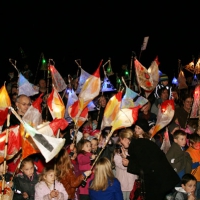