The 10th Dartford Festival of Light will take place on Friday October 19th between 6pm and 7:30pm. The festival has been organised by Cohesion Plus working in partnership with Dartford Borough Council and Kent Equality Cohesion Council. The celebrations showcase the excellent work being done by young people from across the Borough through the arts and promote the values of respect, excellence, friendship and equality.

The Festival promises to be as inspiring as ever this year and is split into three distinct parts. The evening begins with the arrival of the children at One Bell Corner in the High Street at 6pm, where entertainment will be provided by the likes of the Folk in Fusion Drumming Collective, Bloco Fogo Samba and stilt walking musicians Stilt Batteristas. Also making a debut at the Festival of Light is Hilary the Triceratops who will be roaming the high street as the music plays!

At 6:30pm the colourful lantern parade will commence and will be led by the Mayor of Dartford Cllr David Mote, Leader for Dartford Borough Council Jeremy Kite MBE and the Chair of Cohesion Plus Dev Sharma MBE. The parade will head via Hythe Street and Suffolk Road into the Orchards Shopping Centre, left out on to the High Street and then turn right at the Holy Trinity Church heading back towards Central Park.

The festival will climax with a spectacular fireworks display finale at around 7:20pm.

Gurvinder Sandher, the Artistic Director of Cohesion Plus added, “I am so proud of the fact that the Festival has been taking place in Dartford for 10 years! It’s speaks volumes about the support our partners have provided over the years and continue to provide. I am also incredibly grateful to the schools in the borough who take part in the Festival of Light year after year and who are committed to our ethos of promoting community cohesion through the arts.”

Highlighting the success of previous year’s events, Jeremy Kite MBE, Leader of Dartford Borough Council said, “It’s wonderful that the Festival of Light is now celebrating its tenth year in Dartford. It’s a tremendous event bringing together schools from across the borough to create an amazing evening of colour, music and energy. It truly is a wonderful sight to see and if you haven’t been before make this year the year you join us for the Dartford Festival of Light.” 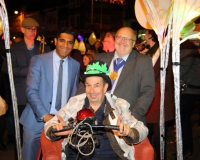 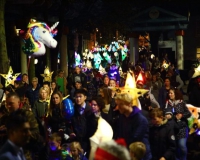 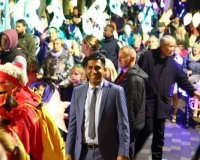 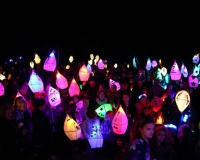 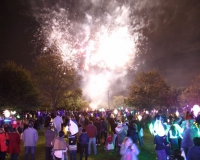 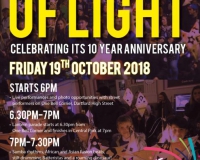