The annual Dartford Festival of Light takes place on Friday 18 October between 6pm and 7.30pm and is organised by Cohesion Plus and Kent Equality Cohesion Council in partnership with Dartford Borough Council.

The Festival is now in its 11th year. The aim of the festival which was inspired by the Cultural Olympiad is to celebrate what binds us together as a community in Dartford. It also showcases the excellent work being done by young people from across the Borough through the arts promoting the values of respect, excellence, friendship and equality.

8 local schools will be taking part in this free community event with over 550 young people benefiting from free arts activity in the build-up which were delivered by artistic partners Same Sky. The Festival promises to be as inspiring as ever this year and is split into four distinct parts. The evening begins with the arrival of the children at One Bell Corner in the High Street at 6pm, where entertainment will be provided by culturally diverse street performers including the Kings of Dhol and the Fat Cat Brass Band. One of the highlights will be the spectacular travelling lotus flower show which has been produced by Nutkhut.

Then at 6:30pm the colourful lantern parade led by the Mayor of Dartford, and guests will depart from One Bell Corner, head via Hythe Street and Suffolk Road into the Orchards Shopping Centre, left out on to the High Street and then turn right at Holy Trinity Church and head back towards Central Park for 7pm.

There’ll be more entertainment and speeches at the Central Park Band Stand from 7pm, followed by a spectacular fireworks display finale. 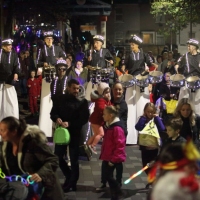 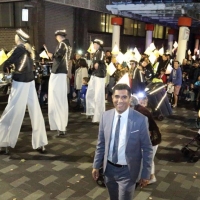 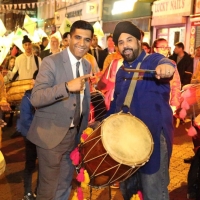