Over 1500 local residents attended the first ever Ebbsfleet Fusion Festival on Saturday July 30th. The community festival took place at the Platinum Jubilee Park which was officially opened as part of the event by the Mayor of Dartford Cllr Paul Cutler, Deputy Lieutenant of Kent Rosemary Dymond DL and Cllr Jeremy Kite MBE the Leader of Dartford Borough Council.

The family themed festival was produced by Cohesion Plus in partnership with Blueprint Arts and was supported by the Ebbsfleet Development Corporation, KCC Reconnect Programme and Kent Equality Cohesion Council.

Those in attendance saw a range of performances including the Kings of Dhol who performed an interactive fusion set of Dhol drumming and Bhangra which had everybody up and dancing, Sinini Ngwenya who performed the songs of the legendary Bob Marley, DDFK Brass who performed a set of top pop chart hits and the Victory Sisters who sang some of the classic songs from the 1930’s and 1940’s.

They were joined by walkabout performances ranging from Chinese Lions to magicians, stilt walkers and street dance. Other activity included workshops for young children around the themes of music, walkabout superheroes and princesses who interacted with the young visitors, a magician who drew large crowds and an interactive story telling session. These activities were supplemented by a range of well-being activity for adults from yoga to talks about good mental health and well-being.

Blue Print Arts also created a young person’s led corner as part of their “Young Producer” project which had a range activity including photographer, a silent disco and an aerial display.

Gurvinder Sandher MBE the Artistic Director of Cohesion Plus commented “I am proud of what we were able to achieve, not only in terms of the artistic programme and the children’s activities but also around promoting good mental health and well-being. It was pleasing to see so many local residents coming out and having fun and connecting with each other. For me the event highlights how the arts can connect communities, and I am so grateful to our partners Blue Print Arts and the Ebbsfleet Development Corporation who worked alongside us to create these special memories for all those who attended.”

Laura Bailey, Cultural Development Manager at Ebbsfleet Development Corporation who commissions these the events for Ebbsfleet commented, ‘The happy smiling faces of so many local residents says it all. I’m incredibly grateful to the organisers, artists and staff who worked really hard to create such a brilliant, positive day for people. These kind of creative, community events are a great way to bring people together and to promote a sense of community.’ 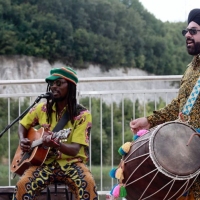 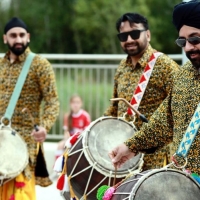 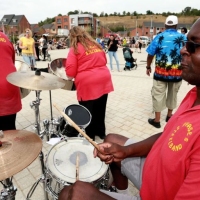 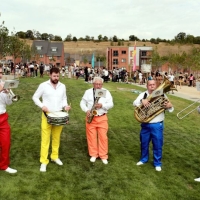 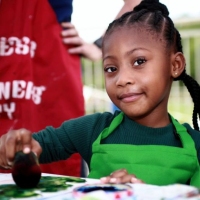 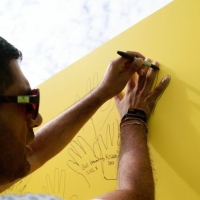 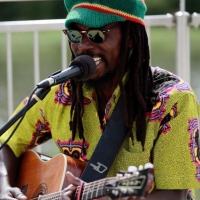 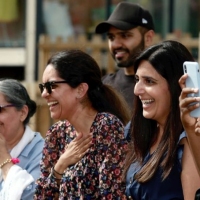 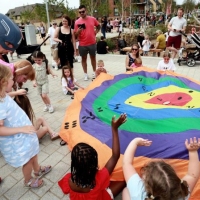 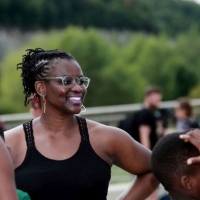 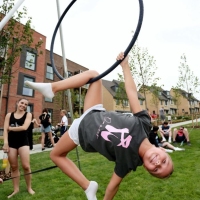 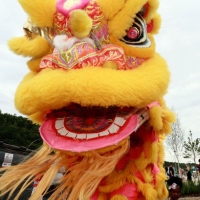 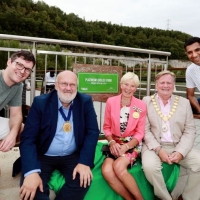 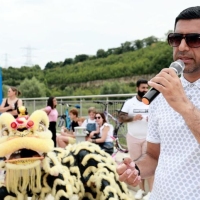 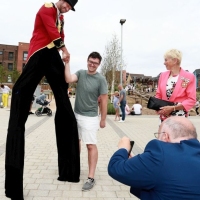 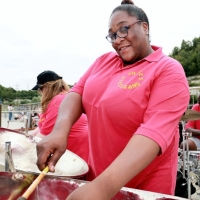 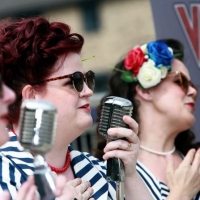 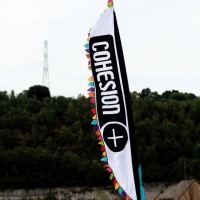