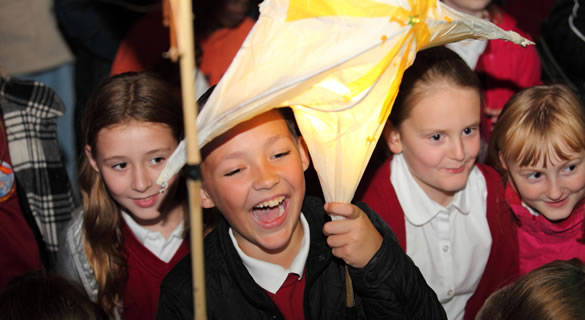 The fifth Dartford Festival of Light took place on Friday October 25 and attracted record numbers. 11 schools took part this year across the borough and over 500 pupils were joined by friends and family in the evening lantern parade which started at the Orchard Shopping Centre before going down the High Street and finishing at Dartford Central Park by the bandstand. The schools were joined by popular Samba Group Bloco Fogo and local dhol drummers from the Four by Four Bhangra Youth Club and Cultural Beats.

Once the parade reached Central Park which was specially lit up for the occasion, each school was presented with awards for participating before the Festival was climaxed by popular comedy duo Danny and Dan.

The Festival of Light was organised by Cohesion Plus in partnership with Kent Equality Cohesion Council with the support of Dartford Borough Council and Kent County Council.

According to Gurvinder Sandher the Artistic Director of Cohesion Plus “The Dartford Festival of Light was a great success. Yet again the diverse communities of Dartford came out as one to support the Festival and highlighted the positive community relations enjoyed in the Borough. We had over 1000 people involved in the lantern parade which I was really pleased with. I must pay tribute to the local schools that took part and our principal artistic partners Samesky. I hope that working in partnership with Dartford Borough Council we can look to build upon the success of this year’s event.” 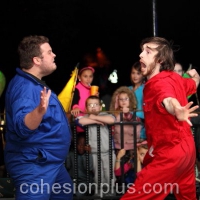 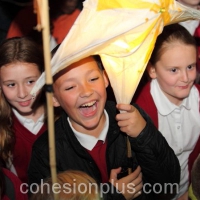 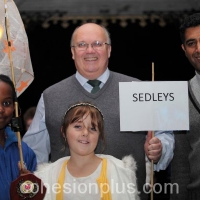 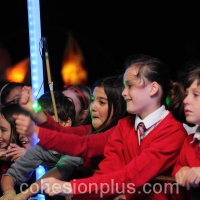 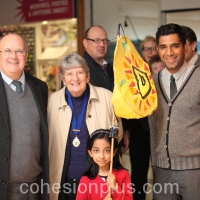 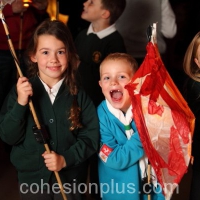 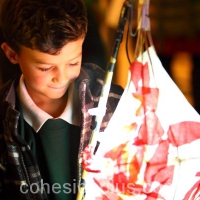