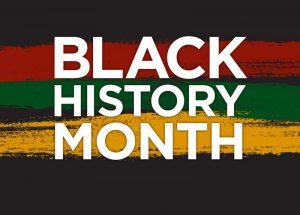 Special messages in support of the celebrations were given across the three events by key partners including the Chief Constable of Kent Police Alan Pughsley and Leader of Kent County Council Cllr Roger Gough amongst others.

Musical performances over the course of the events were provided by a range of artists including Ashford based Fennie who recently released a powerful song in response to the Black Lives Matter protests, spoken work artist Deon and Afro Beats artist Ras Eegun. Other artists featuring included Folkestone based artists Randolph Matthews, Lee Desai, Anthony Brown and Kevin Richards, and Gravesham based Folkin Fusion Collective and G Town Talents.

During the course of the events, three individual RoundTable discussions were recorded and aired which covered topics such as the impact of Covid-19 on local communities, the significance of Black Lives Matters in Kent and the many achievements of the diverse communities across the county.

The celebrations also saw keynote speakers such as Nathan Holder, a London based musician who spoke about the need to decolonise musical education as well as Elliot Reid, a local business owner who also has an interest in African History and Rev Anita McKenzie who gave a keynote presentation on the need to celebrate Black History Month now more so than ever.

Gurvinder Sandher the Artistic Director of Cohesion Plus commented, “The ongoing pandemic has altered the way in which large celebrations are being held across the world, however in a time where we are physically isolated from one another, it is even more important that we all continue to connect to celebrate community cohesion and unity. We wanted to recognise the simple fact that Black History is British History and we have tried to showcase this simple fact as part of each event. I am incredibly grateful to our community and artistic partners for their support. Hopefully next year we will be back together in the same physical space.”