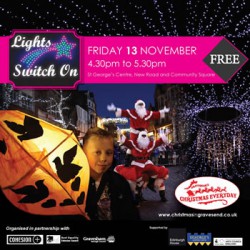 A colorful lantern parade inspired by the hit 1970’s song by Wizzard “I wish it could be Christmas Everyday” will launch the Festive celebrations in Gravesham on November 13. Organised in partnership by Cohesion Plus, Kent Equality Cohesion Council and Gravesham Borough Council around 600 pupils from 13 local schools who have been working with Same Sky Arts will be taking part.

The Parade which will be led by the Mayor of Gravesham Councillor Michael Wenban will start in the Saint George’s Shopping Centre at 4.30pm and will then head towards Community Square via New Road and Windmill Street. The Christmas Lights in the Town Centre will be switched on in stages as the parade passes.

The children will be joined in the parade by the Glenduart Pipe Band, Crocodile Style Street Band, Four by Four Dhol Drummers, Bloco Fogo Samba, Stilt Walkers and comedians Payne and Pearce. A particular highlight will be the performance by the Dancing Santa’s on the junction between New Road and Windmill Street which has been created by Cohesion Plus working with Four by Four Bhangra Dancers which will fuse the cultures of east and west together in a unique performance. 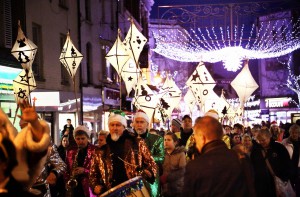 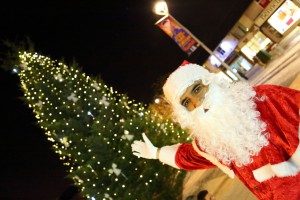 Once the parade reaches the Community Square the Mayor of Gravesham Councillor Michael Wenban will switch on the lights on the Christmas Tree around 5.30pm accompanied by Crocodile Style Street Band who will be performing a live version of ““I wish it could be Christmas Everyday” 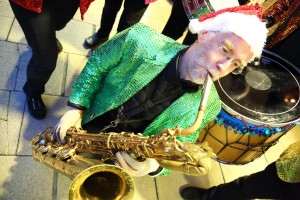 Gurvinder Sandher the Artistic Director of Cohesion Plus commented “I am very pleased with what we have been able to arrange for the Christmas Lantern Parade on the artistic front from the colorful lanterns to the Dancing Santa’s production. Christmas is a very important time of year and this event is an excellent example of how the arts can be used to bring communities together and celebrate as one. I very much appreciate the on-going support that we receive from locals schools, Gravesham Borough Council and Arts Council England which allows us to turn our visions into reality.” 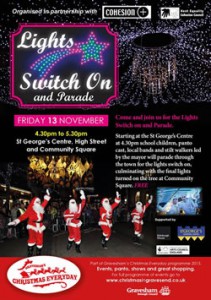 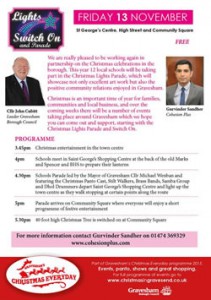