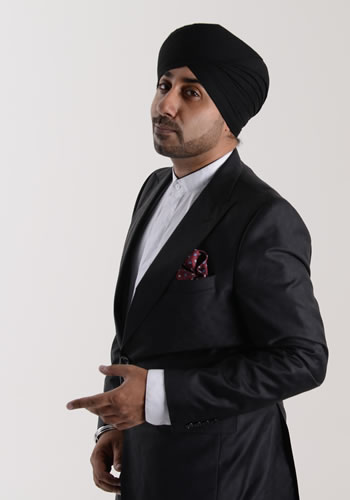 The third Gravesham Fusion Festival taking place on July 4 at the Riverside Leisure Area will be the biggest and most exciting to date. The festival is being headlined by bhangra star Jassi Sidhu who will perform alongside the Bollywood Brass Band, leading African ensemble Uzambezi, Bulgarian dance troupe Kitka as well local band What and Sam Smith tribute Joe Scripps. In a change to the published programme Slovakian band Gejza will be performing rather than Rebel.

The festival will also feature the premier of “Samba Bhangra Beats” a new performance being led by Cohesion Plus working with Bollywood Brass Band, Four by Four Bhangra Group and Bloco Fogo Samba.

There will be drama also for the first time on the Fusion stage with Cohesion Plus working with 2Bscene Theatre Company on a new production working with young people from the borough.

In addition to the stage programme there will some exciting creative arts taking place which will encourage audience participation which is being delivered by LV21 Arts, while Nutkhut will be performing a series of walkabouts with their special characters on stilts.

Gurvinder Sandher the Artistic Director of Cohesion Plus commented “We have spent a lot of time and effort to get the artistic element right for the Fusion Festival this year. I am really pleased that we have managed to not only create an exciting stage programme but also for the first time this year a just as exciting off stage programme providing opportunities for members of the audience to contribute to live pieces of artwork being created on the day. I am grateful to all our partners for their support and allowing us to be innovative with our programming for this festival.” 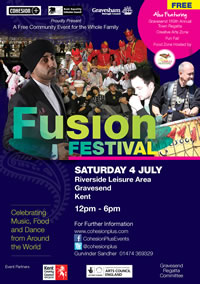