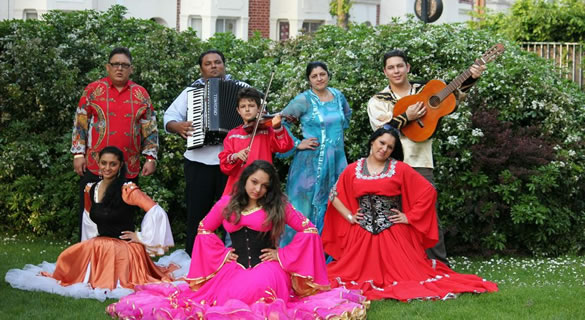 Cohesion Plus in partnership with Gravesham Borough Council and Kent Equality Cohesion Council have organised the Gravesham Fusion Festival which will take place on the Community Square on June 29 between 1pm and 6pm. The aim of the event is to celebrate food and music from around the World.

The stage programme features a range of culturally diverse talent ranging from local dhol drummers Four by Four Bhangra to emerging band Rainmaker led by Gravesham resident Gabriel Sanghera to local comedy duo Danny and Dan. Leading Eastern European Group Gypsy Stars will also be appearing in Gravesham for the time; they are originally from Poland and perform traditional Roma music. They will be joined by Brit Asia Superstar Winner Ravi Josan an emerging star on the bhangra music scene and the Festival will be brought to a climax by Steel Ambition a popular local Steel Band and African Music Stars Ayo Tikare and Joe Fowotade.

Gurvinder Sandher the Artistic Director of Cohesion Plus commented “I am pleased that the Fusion Festival will launch our 2013 summer and autumn programme of activity. We are very grateful to Arts Council England for their on-going support which has allowed us to develop this exciting new event which will showcase emerging artistic talent from different genres including Alternative Rock, Bhangra, Comedy, Calypso, Gypsy Folk and African Pop. We are working with a number of new artists for the first time and believe that we have developed an innovative stage programme which we hope will appeal to a broad audience.”

In addition to the stage programme there will be an array of food from around the world for the community to enjoy ranging from African to Asian to European as traditional British Tea and, fresh cream cakes and scones.