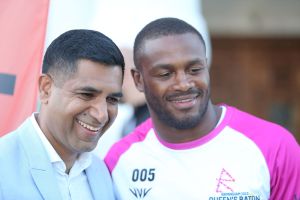 Gravesham played host to the Queen’s Baton Relay on Friday 8th July as the baton made its way from the Sri Guru Nanak Darbar Gurdwara in Gravesham, past the clock tower, through the town centre and down towards the pier onto its next leg in Tilbury. The prestigious event was brought to Gravesham and organised by Cohesion Plus and Gravesham Borough Council.

The baton bearers were handpicked local heroes who not only reflected the Commonwealth but are also noted figures within the community, known for their impact and contribution. Such figures included Cheavon Clark, two time competitor in the Commonwealth Games where he won a silver medal in boxing and a Gravesham resident. Another baton bearer was Michelle Bramble, Chair of the North Kent Caribbean Network who has worked within the local communities diligently for a number of years.

Musical acts representing the Commonwealth lined the route of the baton as it made its way from the Gurdwara to the pier with performances from Kings Of Dhol, Jugnu Bhangra, Phase 5 Steel Pan Band and Premier Brass Band.

Gurvinder Sandher, Artistic Director of Cohesion Plus commented, “There is no place better than Gravesham to host the Baton Relay. This borough is a true representation of the Commonwealth and has some shining lights within the community who deserve the honour of carrying the Queen’s Baton. We are so incredibly proud that our own Chairperson Michelle Bramble was a baton bearer, making Gravesham proud. We really wanted to make the relay a true commonwealth experience and we felt that we did that by our choice of culturally diverse musical acts, bringing a sense of vibrancy and fun to the proceedings.” 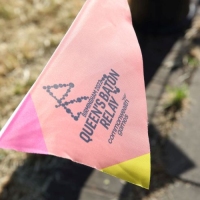 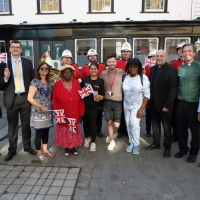 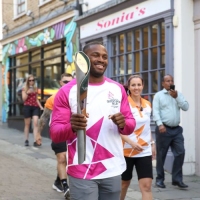 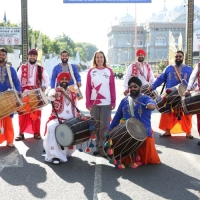 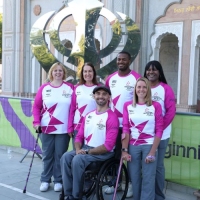 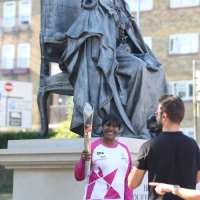 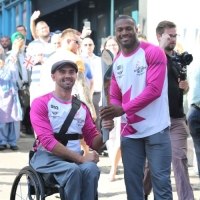 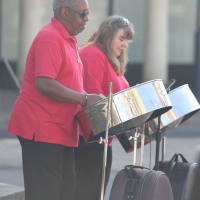 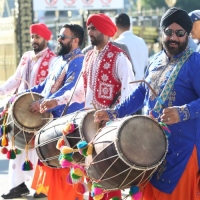 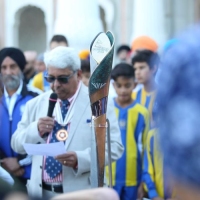 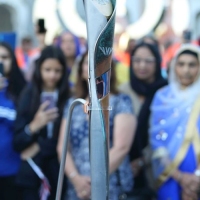 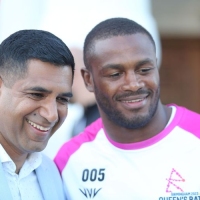 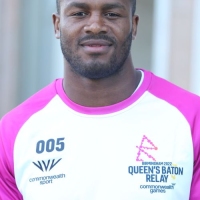 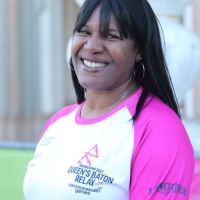