Cohesion Plus working in partnership with Gravesham Borough Council organised a successful street party to celebrate the Platinum Jubilee. Over 500 children from 10 local schools attended the celebration which took place on Community Square along with another 50 community guests.

In the build-up many of the children created crowns to mark the Jubilee which many wore throughout the party.

The party was addressed by the Deputy Lord Lieutenant Dr Bhargawa Vasudaven, Mayor of Gravesham Cllr Peter Scollard and Artistic Director of Cohesion Plus Gurvinder Sandher. There followed a performance by leading Tribute Group Supersonic Queen whilst the children enjoyed sandwiches and cake before many of them danced along to the catalogue of Queen hits.

Gurvinder Sandher the Artistic Director of Cohesion Plus commented “It was wonderful to see the smiles on the children’s faces as they enjoyed the fun of the day. We wanted to produce an event which would not only celebrate Her Majesty the Queen but also create special memories for the children for many years to come. I would like to think that we achieved both judging by the feedback we have had back. I am as ever grateful to colleagues from Gravesham Borough Council for their partnership support.” 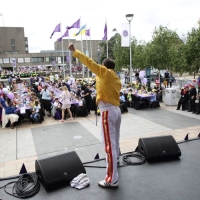 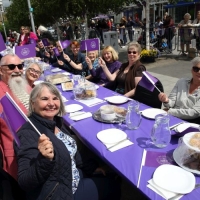 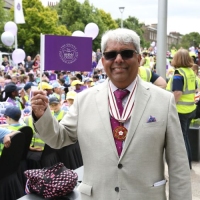 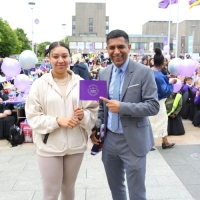 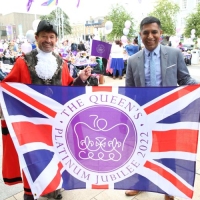 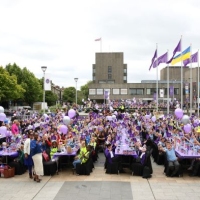 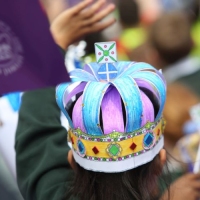 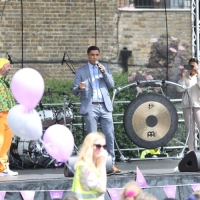 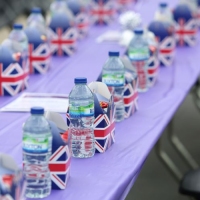