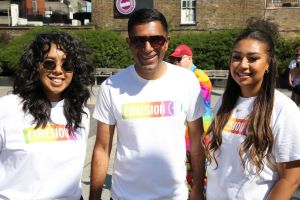 After months of hard work the Gravesham Pride celebrations took place on Saturday August 13th and were the biggest in the borough to date.

The celebrations were produced by the volunteers that make up the Gravesham Pride Committee working in partnership with Cohesion Plus.

The day started with the raising of the Pride Flags on Community Square where those in attendance heard speeches by Civic Guests including Dr Vasudaven DL, the Deputy Lieutenant of Kent the Deputy Mayor of Gravesham Cllr John Caller and the Cabinet Member for Communities and Leisure Cllr Shane Mochrie-Cox. They were joined by Helanna Bowler-Irvine the Chair of Gravesham Pride, Gurvinder Sandher MBE from Cohesion Plus and Cllr Steve Thompson. The key message was about unity, hope, overcoming barriers and bringing the diverse communities of Gravesham together.

The first ever Gravesham Pride March involving around 300 participants then took place, starting from Community Square and via the High Street and Crooked Lane ending up at the Fort Gardens. The march was clapped through the route and welcomed as it went through the town centre.

The celebrations then continued with a programme of entertainment in Fort Gardens featuring a range of great acts including Elberace AKA Gay Elvis, Kings of Dhol, star of Netflix series Heartstopper Robbie White, singer Satch, Former X-factor contestant Stevi Ritchie and popular band Velvet Diamond. The event was hosted by Drag Queen Amanda Bang. There was also a live broadcast by GlitterBeam Radio a global LGBTQ+ radio station.

Off stage there were a range of stalls and activities for everyone to enjoy including the Playground Project Tent which provided free music workshops and storytelling for the Under 5’s, and a special children’s activity zone. Other stands included Kent Police and Adult Education alongside a wide array of food stalls.

The event was supported by a range of funders including The National Lottery Community Fund and Gravesham Borough Council as well as income from stalls and donations made by members of the public.

Gurvinder Sandher MBE, Artistic Director of Cohesion Plus commented, “I am so proud of what was achieved on Saturday with the Pride Celebrations. My heartfelt congratulations go to our partners the Gravesham Pride Committee a team of volunteers who worked so hard over so many months to pull this all together. This is the 3rd year of Gravesham Pride and it will only get bigger and better, the response from members of the public as the march went through the town centre was really touching and underlines our message of there being more that unites than divides and that we are stronger as a borough when we all come together.” 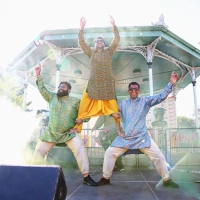 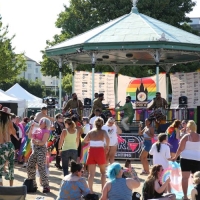 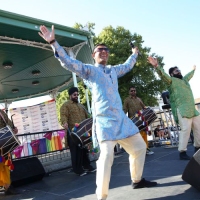 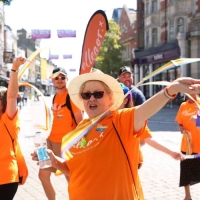 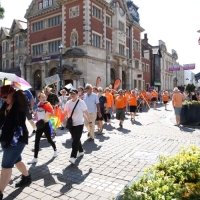 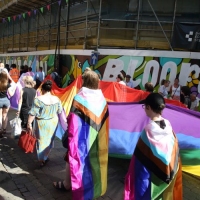 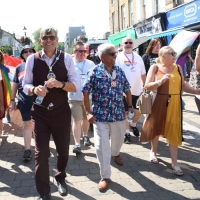 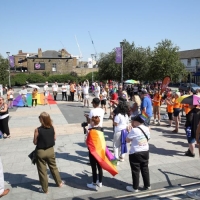 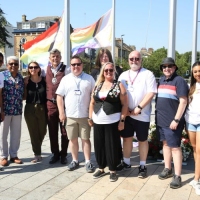 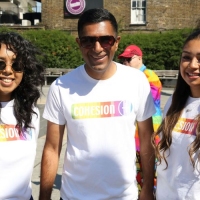 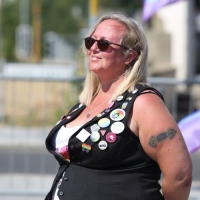 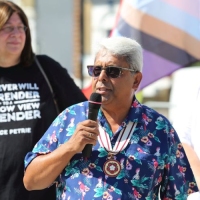 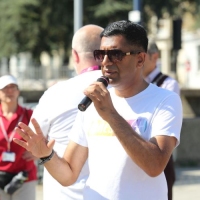 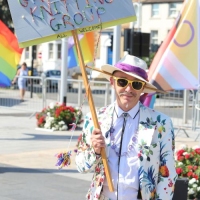