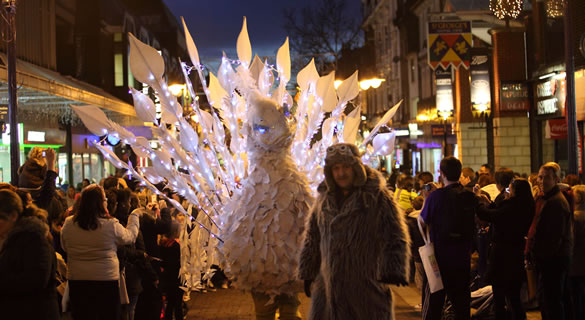 Cohesion Plus working in partnership with Gravesham Borough Council and Kent Equality Cohesion Council organised a spectacular lantern parade through Gravesend Town Centre on Friday November 15 to launch the Christmas celebrations. The theme of the Parade was the 12 days of Christmas and 10 local schools and over 500 children took part alongside members of the Christmas Pantomime cast from Beauty and the Beast, Bloco Fogo Samba Group and the Premier Brass Band. In the build up to the parade the schools worked with arts company Samesky to make lanterns which they showcased at the event.

The parade started in the St George’s shopping centre before going onto New Road, Windmill Street then climaxing on the Community Square where a 30 foot Christmas Tree was lit. The Christmas lights in the town centre were lit in stages as the parade walked through.

The Parade was led by the Mayor of Gravesham Cllr Derek Sales who was joined by the leader of Gravesham Borough Council Cllr John Burden and local community partners including Kent Equality Cohesion Council and the Guru Nanak Darbar Gurdwara.

Gurvinder Sandher the Artistic Director of Cohesion Plus commented “This was our final outdoor event of the year and the climax of our Mela Fusion Festival Project which was supported by Arts Council England. I could not have hoped for a better event to climax this project, the artwork created by the children and Samesky was fantastic, and the crowds of people supporting the parade exceeded even my expectations. This was the first year that we have linked the lantern parade to Christmas and based on the positive feedback we have received I am keen to deliver something similar next year. This was a great way of showcasing how the arts can bring together diverse communities both young and old” 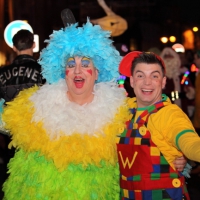 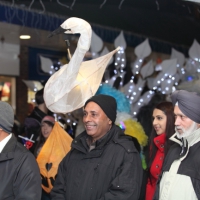 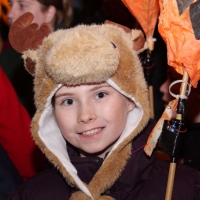 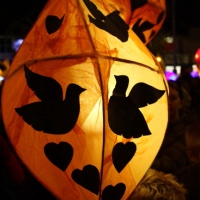 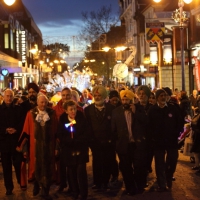 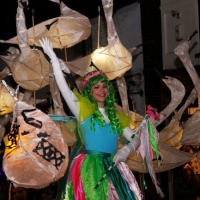 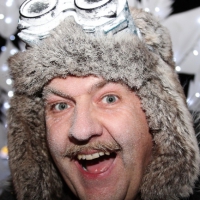 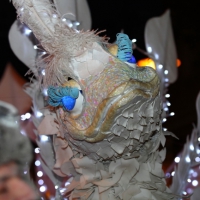 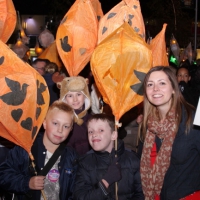 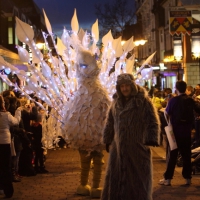