Cohesion Plus was incredibly proud to be involved with the 900th anniversary of Leeds Castle as part of celebrations that spanned across centuries and cultures. Working in partnership with Rosa Productions, Shade Makers and LV21, the Carnival of History included a large scale procession, costumed re-enactors, historical mobile art installations and performances from culturally diverse artists.

Cohesion Plus played an active role in the months leading up to the Carnival of History working with diverse communities and artists as well as providing choreographed dance sessions with students from Mid Kent College.

Cohesion Plus participated heavily in the programming of the carnival bringing acts such Bloco Fogo, Chinese Dancing Lions, Uzambezi African Folk, Four by Four Bhangra and the Four by Four Kings of Dhol into the mix. One of the highlights of the carnival were the 16th and 17th century segments which featured performances from Four by Four Bhangra and Uzambezi African Folk drummers who both brought their signature sounds and rich cultural heritage to the carnival parade, bringing a diverse element which stood to celebrate the UK’s culturally diverse identity.

Gurvinder Sandher, Artistic Director of Cohesion Plus commented; “Events such as the 900th anniversary of Leeds Castle is at the heart of what we do, taking the rich tapestry of British history and weaving it with the culturally diverse identity of Britain today. We were so incredibly proud to be work with partners on such a momentous occasion, at such a landmark and revered location in our home county of Kent.” 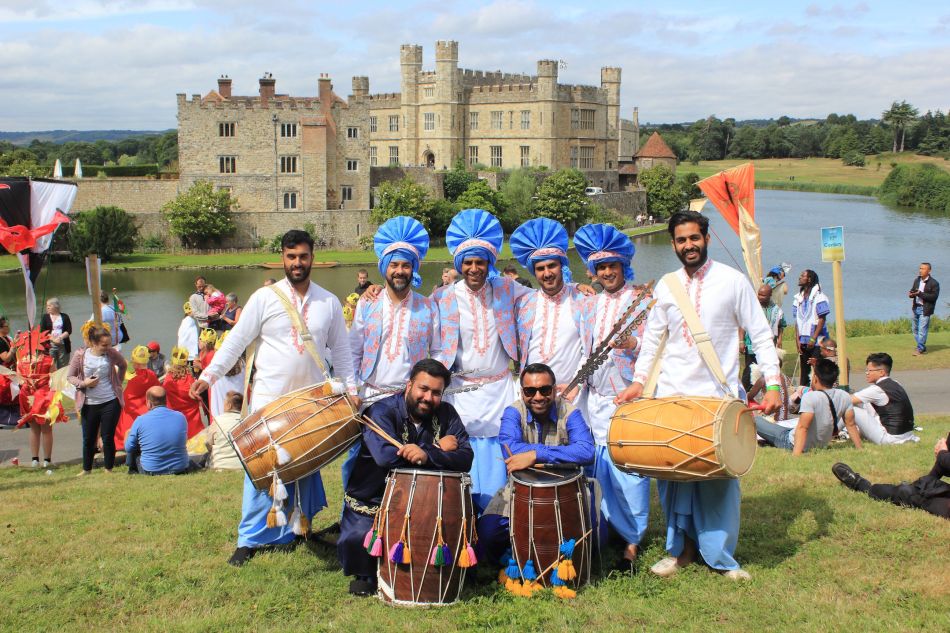