Over 1000 local residents braved the cold weather to enjoy the first ever Springhead Magical Winter Garden event which took place on the Springhead development in Ebbsfleet Garden City. Penn Green Park was transformed for the evening for a special community celebration produced by local arts organisation Cohesion Plus working in partnership with Ebbsfleet Development Corporation and Same Sky.

In the midst of the winter nights the theme was light and how it can bring people together even on the most darkest and coldest of days. There were a range of light installations placed around the park from woodland animals, cityscapes, candles and light beams. These were supplemented by the Show Globe a life sized, interactive snow globe which proved very popular with the children and adults alike, alongside stilt walkers who were specially lit up for the evening as well as music from around the world.

Gurvinder Sandher, Artistic Director of Cohesion Plus commented, “January can be a long and dreary month for everyone so we were incredibly pleased to be working with Ebbsfleet Development Corporation on this event, bringing light and cheer to the heart of the local community. The aim of the event was to bring local families and friends together in a safe way to enjoy the many dazzling light installations and interactive performances. We are really proud that so many people came out to participate in this first time event despite the cold weather and the feedback we received has been immensely positive. We really look forward to putting on similar events in Ebbsfleet in the future.”

Kevin McGeough, Head of Strategy and Placemaking at Ebbsfleet Development Corporation commented, ‘Penn Green Park looked truly magical as a Winter Garden, and we were so encouraged to see so many residents from across the Garden City joining their neighbours at Springhead, Northfleet and Swanscombe to enjoy this amazing event. We would like to thank Cohesion Plus for their imagination and professionalism in delivering such a successful spectacular.’ 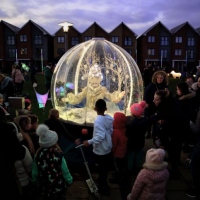 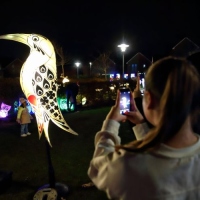 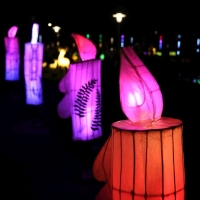 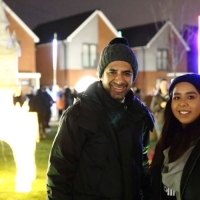 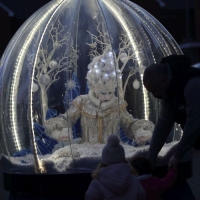 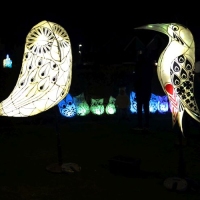 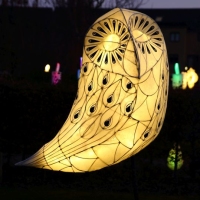 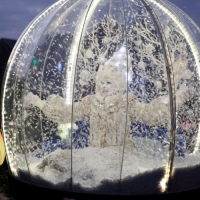 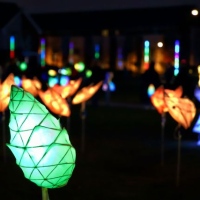 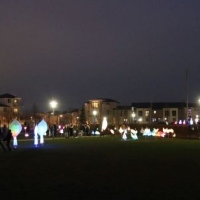 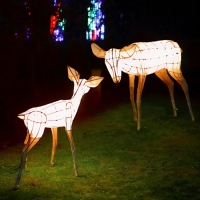 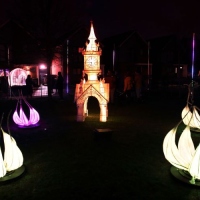