Despite the cold weather, hundreds came out to join in with the Chinese New Year celebrations which took place in Maidstone Town Centre on January 25th. Organised by Maidstone Cultural Group working in partnership with Cohesion Plus and community partners the celebrations for the Year of the Rat commenced in the Band Stand Area in Fremlin Walk. Those in attendance saw a colourful traditional lion dance performed by Kudos Combat, accompanied by drummers, symbols and a gong which is meant to bring good luck for the coming year. This was followed by a performance by Thomas Snell from the London Chinese Opera presented by Kathy Hall. The celebrations then moved into the Town Centre with the Chinese Lions leading a procession which went via Fremlin Walk and Week Street to Kala Red Restaurant in Bank Street.

Gurvinder Sandher the Artistic Director of Cohesion Plus commented “I was really pleased with the great response to the celebrations. As an organisation we are very much committed to delivering more work in partnership in Maidstone beyond the Mela. The whole ethos of our work is about bringing people together through the arts and celebrating different cultures which make up the local community and the Chinese New Year celebrations were a great start to 2020. “

Chris Perkins the Chair of the Maidstone Cultural Group said “It was great to see so many people with smiles on their faces, especially the children as the Chinese Lions performed. It has been very difficult to raise the funds needed, but I hope that now we have re-established the event after an absence of 2 years we can continue to grow it from strength to strength.” 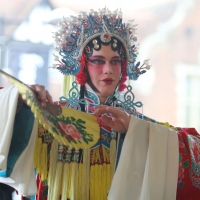 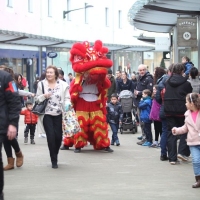 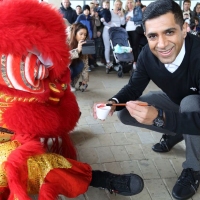 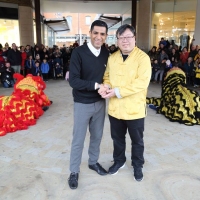 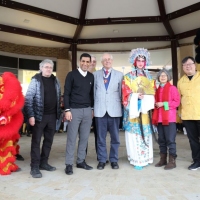