The hugely popular Tunbridge Wells Mela Festival will return to the borough on July 7th. The Mela Festival is now in its 14th year and takes place in Calverley Grounds between 12.30 pm and 6.30 pm. The Mela which is organised in partnership by Cohesion Plus and the Kent Equality Cohesion Council with the support of Arts Council England celebrates the diversity and cohesion of the borough through music, food and dance.

As in previous years, the Mela Festival promises to be a great free day out for the family. This year’s stage programme boasts a range of leading culturally diverse artists with an international flavor including Dance Asia, Sahrudaya West Kent Karalites Sussex Syrian Trio and DDFK Brass Fusion. They will be joined by local favorites Fireflies, Just Dance and the Paul Dunton Orchestra.

The Mela Festival headliners are the Cohesion Plus and Festive Road produced “Dancing Maharajas” featuring Four by Four Bhangra and Common Denominator who will be performing classic reggae hits.

The off stage activity will be just as colourful. Highlights include Airheadz who will be providing free aerial workshops for young people and LV21 who will be delivering free arts workshops.

Alongside the exciting artistic programme, there will be a food zone where there will be countless delicious dishes from around the World for audiences to enjoy including Thai, Indian, Greek, Chinese and British food as well as Ice Cream, Donuts and Fudge.

Gurvinder Sandher the Artistic Director of Cohesion Plus commented “The Mela Festival in Tunbridge Wells is a great example of the arts bringing communities together, showcasing all that binds us together as residents of Kent. I am really pleased with the artistic programme we have created both on and off stage and am looking forward to the response we will get to our new show the “Dancing Maharajas”. It will be the first time that the Dancing Maharajas will be performed in an enclosed festival format and the show has been adapted to make it more interactive with the audience. We work very hard to raise the funds to put the Mela Festival on and look forward to welcoming the community of Tunbridge Wells to Calverley Grounds on July 7th.” 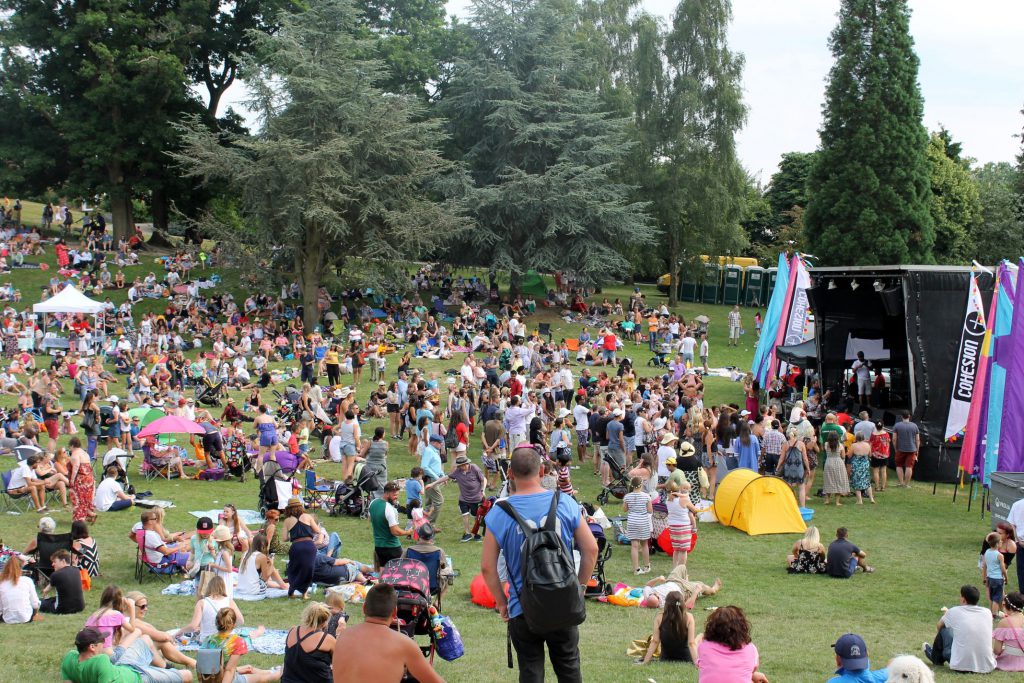