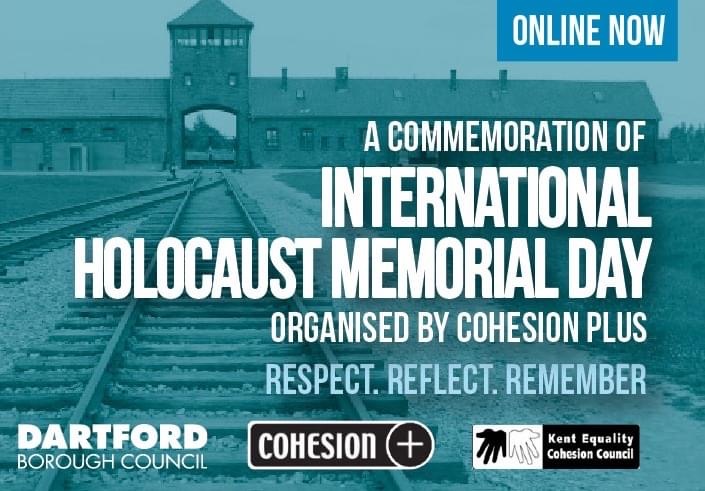 The theme for Holocaust Memorial Day this year was “Be the light in the Darkness”, which encouraged individuals to reflect upon the devastation wrought by hatred and discrimination, and also to stand as the light against such sentiments. The message resonates deeply with the ethos and work of Cohesion Plus as well as its partners.

Gurvinder Sandher the Artistic Director of Cohesion Plus commented, “As a society we must regularly remind ourselves that only by standing together can we tackle insidious agendas and viewpoints that seek to de-stabilise our communities. Holocaust Memorial Day is such a reminder and one that remains vital. As an arts organisation that was established to bring communities together, break down barriers and celebrate all that unites us, I felt that is was important that we took the lead to arrange this event which was very powerful and has received some real positive feedback. I would also like to thank this opportunity thank some of our key partners who supported us with the event including Dartford Borough Council, Kent County Council and Arts Council England.”