Over 700 young people from 19 schools in Gravesham took  part in a schools parade through Gravesend town centre on April 23 to celebrate Saint Georges Day.  The event was been organised by Kent Equality Cohesion Council in partnership with Cohesion Plus supported by Gravesham Borough Council and Kent County Council.

Work had been taking place in local schools over the last 6 weeks to prepare special visual arts and craft displays which were used during the parade which was be led by the Big Fish Marching Band and the Four by Four Dhol Drummers.  The parade was divided into 3 distinct sections, the Knights Section at the front, the Kentish Themes and finally the Dragon Section.

The aim of the parade was to celebrate the patron Saint of England and the diversity of the borough through music and visual arts. The parade started in Saint. Georges Square, before going into the Town Centre before finishing outside the Civic Centre, where the crowd was entertained by the Salvation Army Brass Band and Big Fish who performed a play about Saint George.  The whole event climaxed with the raising of the flag of Saint George.

Gurvinder Sandher the Director of Cohesion Plus said “I was very pleased with how everything went.  We had a fantastic response from members of the public as we went around. You could not move in town at one point there was so many people there to support the parade.  Each year I believe that the Parade has got bigger and better and I have some more ideas on how we can develop this further.  I am also very grateful to our partners Gravesham Borough Council and Kent County Council for their support. 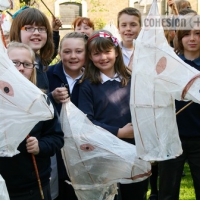 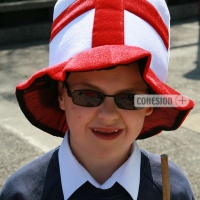 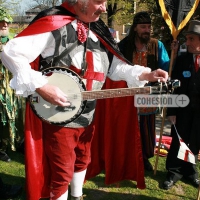 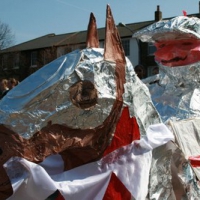 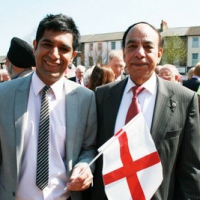 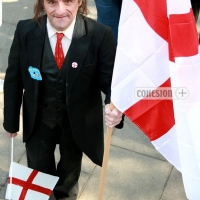 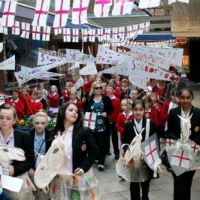 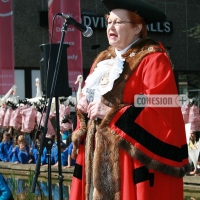