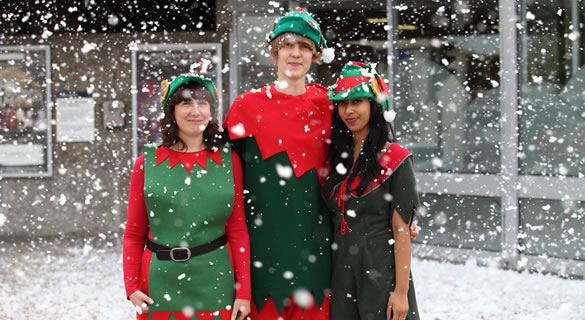 Cohesion Plus Kent working in partnership with Gravesham Borough Council and Kent Equality Cohesion Council have organised a special lantern parade which will take place on Friday November 15 to launch the Christmas celebrations in Gravesham. The theme of the parade which launches the Gravesham 12 Days of Christmas Celebrations is a “Partridge in a Pear Tree” and will involve 11 local schools and over 500 young people.

The parade led by the Mayor of Gravesham and invited guests will start at the St George’s shopping Centre, go onto the New Road, left into Windmill Street before finishing on the Community Square in Windmill Street outside the Civic Centre. The Christmas Lights will be switched on in the Town Centre in stages as the parade passes. In addition to the schools the lantern parade will feature the Premier Brass Band, Bloco Fogo Samba Group, Stilt Walkers and Illuminated Snow Birds. Once the parade reaches the Community Square the Mayor of Gravesham Councillor Derek Sales will switch on the lights on the Christmas Tree around 5.30pm.

Gurvinder Sandher the Artistic Director of Cohesion Plus Kent commented commented “This year has been a hugely busy one for Cohesion Plus, we have delivered events all over Kent including for the first time the Wrotham Festival of Light and now for the first time a Christmas themed Lantern Parade here in Gravesham. We believe that this event will showcase our ethos of getting young people involved directly in the arts and of bringing diverse communities together through music and creative arts. I would like to especially thank Gravesham Borough Council and Arts Council England for supporting this vision, which has allowed this event to happen”