Preparations are now at an advanced stage for the first ever Swale Fusion Festival which will be taking place on Friday 13 October and Saturday 14 October 2017.

The festival, which has been organised by Cohesion Plus working in partnership with Swale Borough Council and Kent Equality Cohesion Council, will focus on Sittingbourne High Street and has been split into two distinct parts. Friday 13 October will see a special lantern parade featuring 8 local schools who have been working hard in the build up to the celebrations. The parade will start in the High Street at 6.30pm and finish at Albany Park where the evening will climax with a firework display at around 7.10pm.

The schools have been working with the renowned Same Sky Arts and the lanterns have been designed around the themes of respect, excellence, friendship and equality. Cllr Nicholas Hampshire the Deputy Cabinet Member for Safer Families and Communities at Swale Borough Council went along to visit local schools last week to help with the preparation of the lanterns.

On Saturday 14 October a free street festival will operate between 10.30am and 2pm alongside the popular Artisan Market; featuring performances by a range of culturally diverse artists including Swale Sings, Four by Four Bhangra Dancers, Uzambezi African Ensemble, Kitka Bulgarian Folk Dancer and Electric Cabaret street artists. In addition LV21 will be delivering free arts workshops on the High Street for young people.

Gurvinder Sandher the Artistic Director of Cohesion Plus commented “We are really looking forward to the Swale Fusion Festival. This is the first time that we are working in Swale and I have been pleased with the positive response shown by local schools. They have been working very hard this week and we look forward to showcasing their work next week.”

Cllr Nicholas Hampshire commented “The festival is a great way for people of all ages and backgrounds to get together and have fun. It was great to see the children working hard and enjoying making their lanterns, as well as learning important lessons about our shared values of respect, friendship and equality. As well as celebrating these values during the festival we’ll also be highlighting the positive community relations we can all enjoy across the Borough of Swale”

Cohesion Plus is a North Kent based arts organisation who organise culturally diverse festivals in Gravesham, Dartford, Maidstone, Tunbridge Wells, Tonbridge Malling in addition to Swale. 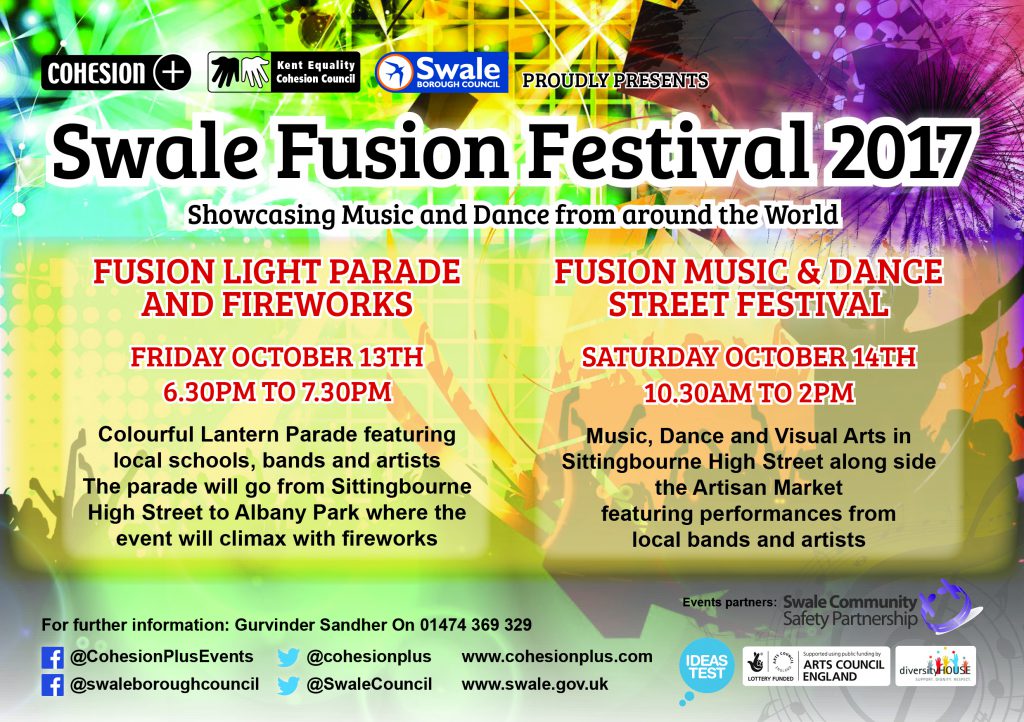 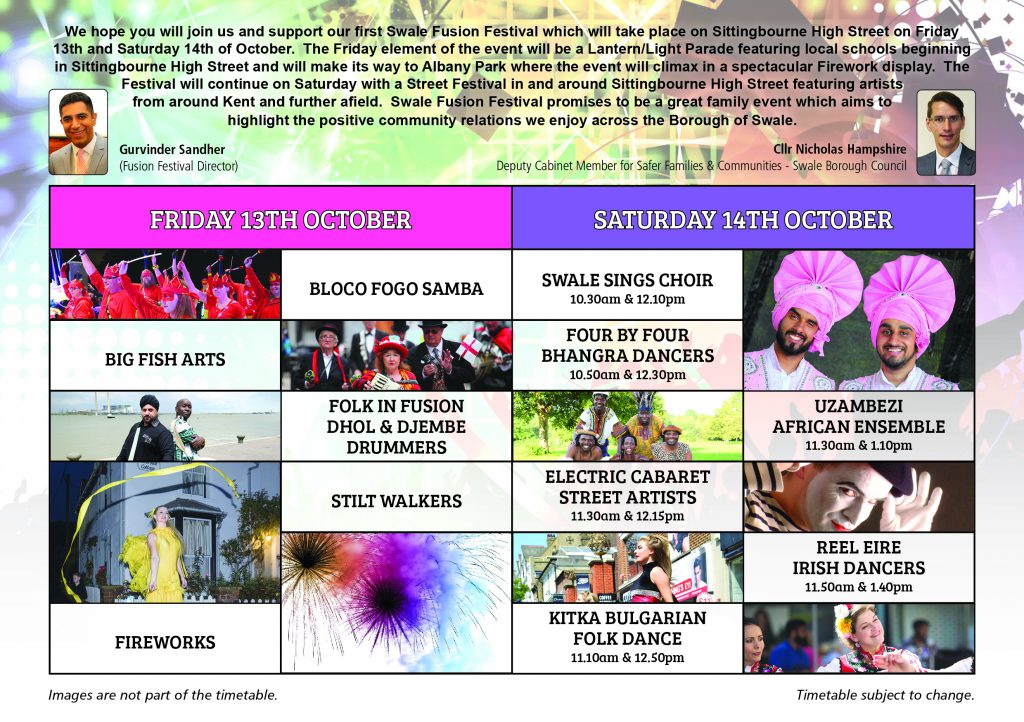