Despite the wet weather Sittingbourne Town Centre was awash with colour and lights with over 2,500 participating in the 3rd Swale Fusion Festival of Light. The aim of the festival was to use the arts to bring communities together and celebrate the values of respect, excellence, friendship and equality. The festival was organised by Cohesion Plus working in partnership with Swale Borough Council and Kent Equality Cohesion Council.

The Festival kicked off on Sittingbourne High Street with spectacular performances from Bloco Fogo Samba who brought their signature carnival beats to the proceedings as well as a show stopping performance from the Folk in Fusion Drumming Collective and Fat Cat Brass. Also attending for the first time was Oscar the Fox, a large scale mobile art installation who wowed and interacted with the crowds.

People lined the route as the colourful lantern parade passed by. It featured 13 local schools that all benefited from free creative arts workshops in the build-up which were led by Same Sky, Ideas Test and Big Fish Arts. In addition free music and dance workshops were also delivered in a number of local schools as part of the Platforma Festival as well as a free lantern making workshop for community members which proved to be popular additions to the festival.

The parade made its way along the High Street, through Roman Square and climaxed at Albany Park which was specially decorated for the evening with winter themed lights and installations. In the park the audience was entertained by the SFM Road Show and a spectacular firework finale.

Gurvinder Sandher the Artistic Director of Cohesion Plus commented “I am really proud of what we have achieved in Swale over the last 3 years. Swale has traditionally had low levels of engagement in the arts but what we have shown especially this year is, that if you get the offer right, there is an appetite amongst the community to get involved. Year upon year the number of schools and community partners has increased and we already have a lot of ideas for next year. I think it is important to be ambitious artistically and to continue to strive to push boundaries as much as we can within the funding environment we are working in. I am very grateful to Awards for All, Swale Borough Council and Kent County Council for their contribution towards the festivities as well as our artistic partners Same Sky, Ideas Test, Big Fish and Platforma Festival.” 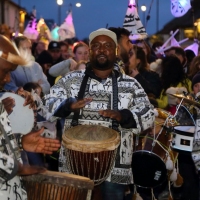 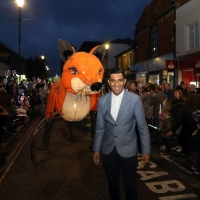 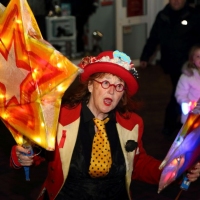 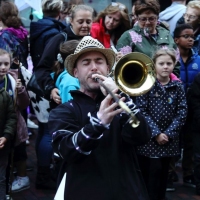 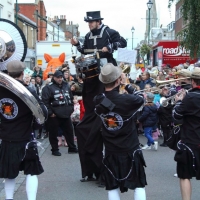 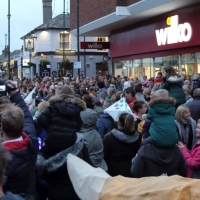 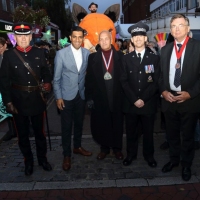 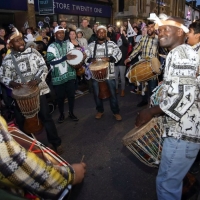 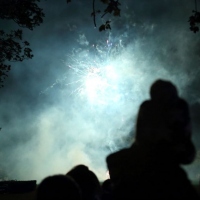