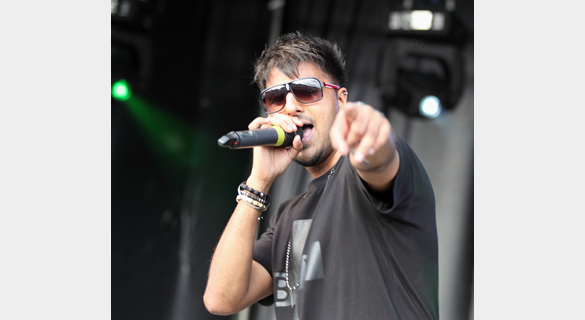 Team PBN ready for Gravesham Party on the Prom

Cohesion Plus working in partnership with Kent Equality Cohesion Council and Gravesham Borough Council are pleased to announce that bhangra superstar PBN and his collective known as Team PBN will be performing live at the Party on the Prom on July 20.

Gurvinder Sandher the Artistic Director of Cohesion Plus Kent commented “The Party on the Prom is now established as the flagship Music Festival in Gravesham, and we are proud that we are again involved as a partner and have contributed towards the artistic programme. I am pleased that our on-going partnership with Gravesham Borough Council and with the support of Arts Council England has allowed us to showcase such an exciting and dynamic act at the Festival.”

PBN who is a producer, singer and song writer is regarded as one of the leading bhangra artists of his generation. His hit songs have had an impact on dance floors around the world and his party anthems such as “Kaun Nee Jaandah” and “Fitteh Moo” have positioned PBN as one of the most sought after British Asian acts around the World. He will be joined on stage by Team PBN a collective of three fresh new emerging stars; Bambi, Raj Bains and Sanj.

According to PBN “Team PBN is 4 acts on one stage. Each of us has their own style and influences, ranging from R&B to raw folk. We are not here to represent a particular sound or style; we are here to represent a true reflection of today’s Brit-Asian culture. We are very much looking forward to performing at the Party on the Prom in Gravesham and would like to thank Gurvinder Sandher from Cohesion Plus and Gravesham Borough Council for the opportunity”

5.45pm Only One Direction