The rural setting of Wrotham will again play host to the 7th Wrotham Festival of Light on Friday 4th October. The festival, produced by Cohesion Plus working in partnership with Kent Equality Cohesion Council and Saint Georges Primary School takes place in 3 distinct parts.

There will be colourful and vibrant performances from 5.30 pm to 6.30 pm outside St George’s Church which will feature Bloco Fogo playing their signature Samba beats, Fat Cat Brass who will bring their own brass band vibes with the added twist of pop songs and stilt walking! Also returning this year will be the Folk in Fusion Drumming Collective who will be showcasing their unique fusion sounds of traditional Indian Dhol and melodic African Djembe to get the crowds moving.

Last but not least festival goers will have the opportunity to meet Oscar the large scale Fox who will be lit up and roaming the streets of Wrotham!

Gurvinder Sandher the Artistic Director of Cohesion Plus commented “I am always proud to come back to Wrotham for the annual Wrotham Festival of Light and am grateful to the ongoing support that we receive. The festival is now in its 7th year and I hope the local community in Wrotham and surrounding areas will come and support this positive community festival, which at its heart celebrates our shared British values and showcases how the arts brings communities together.” 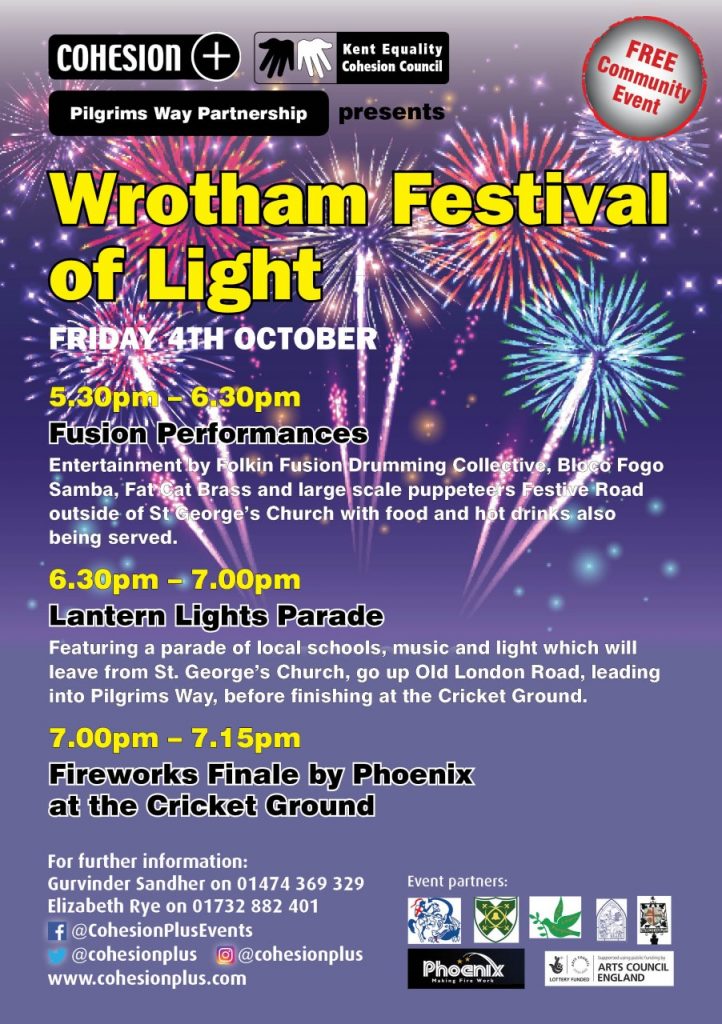