The ever popular Gravesham Festival of Christmas Lights returned in full force and brought festive and community spirit back to Gravesend Town Centre in spectacular fashion on Friday 19th November. The event has not taken place since 2019 due to the pandemic. Produced by Cohesion Plus in partnership with Gravesham Borough Council, Kent Equality Cohesion Council and supported by Arts Council England, the event proved to be one of the biggest to date.

Entertainment started in the town centre with pop up performances taking place across the High Street, Windmill Street and New Road getting people into the Christmas spirit, whilst more entertainment took place on Community Square performed by the panto cast of Robin Hood which will be starting at the Woodville in December.

The focal point of the celebrations was the colourful lantern parade featuring 13 local schools made in the build up to the event during workshops delivered by Same Sky Arts. The parade was led by The Mayor of Gravesham, Councillor Lyn Milner, Deputy Lord Lieutenant Bhargawa Vasudaven, local Councillors and representatives from various faith and community organisations.

One of the highlights was the Show Globe act, a life-size mobile and interactive snow globe complete with a winter fairy which made its way around the Town Centre dazzling everyone who stopped to watch.

The lantern parade started on Community Square, made its way down the High Street, through King Street into St George’s Shopping Centre before arriving back at Community Square via Windmill Street. The Christmas lights were switched on in the Town Centre as the parade passed by.

The celebrations climaxed on Community Square where the Christmas tree lights were switched on.

Gurvinder Sandher the Artistic Director of Cohesion Plus commented “It’s a great pleasure and matter of pride to be able to bring the Gravesham Festival of Christmas Lights back to the borough after a two year absence. I am so grateful to our partners and the local schools who make the event so special. It was amazing to see so many smiling faces both young and old. Christmas is a special time for everyone regardless of faith, whether you celebrate or not, and what this event showcased is how the arts can bring communities together and why it is so important to have events like this, to celebrate what binds us rather than what divides us.” 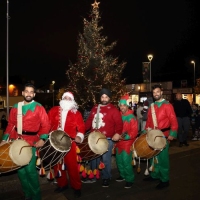 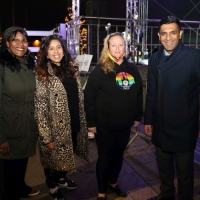 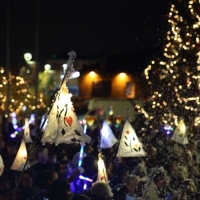 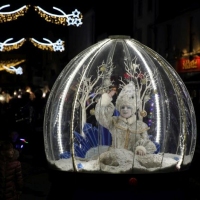 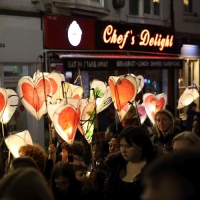 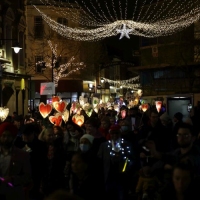 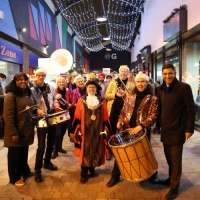 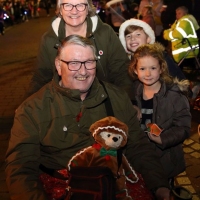 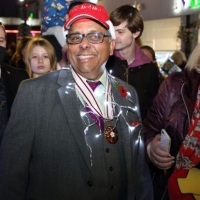 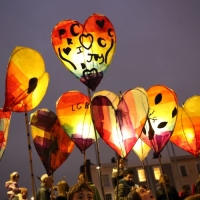 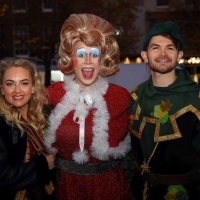 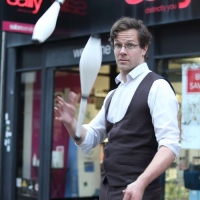 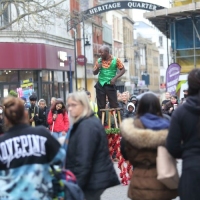 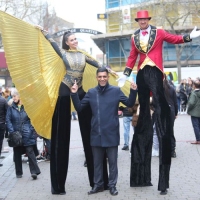 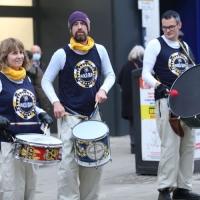 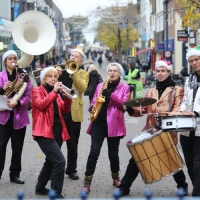 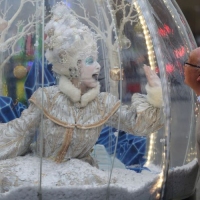