The sun shone brightly on Calverley Grounds for the 13th Tunbridge Wells Mela Festival which took place on July 1st. The Mela was organised in partnership by Cohesion Plus and the Kent Equality Cohesion Council with the support of Arts Council England. The free festival which celebrates the diversity of the borough through music, food and dance proved to be as popular as ever with thousands attending.

The stage programme was particularly diverse with performances ranging from South Indian dance by Sahrudaya, to ukulele inspired Ukelear Fall Out, to the African inspired Drum Beat. They were joined by Tunbridge Wells very own Paul Dunton Orchestra and local reggae artist Jack Curtis. Well renowned Syrian artists Jamal and Alaa showcased the rich cultural history of a country torn apart by conflict. The Folkin Fusion Collective which was produced by Cohesion Plus and fused together street dance with traditional North Indian Dhol Drums and the African Djembe proved to be very popular. The Mela Festival was headlined by bhangra star PBN who had the crowd up and dancing to his hits before Mars Live performed the hits of Bruno Mars.

Off stage the Chinese Lions entertained the audiences as did the Chappal an interactive show which was produced by Nutkhut and the Bureau of Silly Ideas and was part of the National Mela Partnership project that Cohesion Plus belong to. Alongside the entertainment there was an array of food including Indian, British, Thai, Chinese, Spanish, as well as doughnuts and fudge.

There were also free artistic workshops for children to make Mela Festival badges and flags delivered by LV21. This proved to be very popular with young families and provided an excellent way for young people to experience the arts in a practical way.

According to Gurvinder Sandher, the Artistic Director of Cohesion Plus “I believe our Mela Festival is a great example of the positive impact that the arts can make in bringing communities together and celebrating shared values. I am truly grateful to all who attended and enjoyed a great day of culturally diverse music, food and dance. I was really pleased with the programme we put together on and off stage and would like to thank all the artists, community partners and stall holders who made the event so memorable.” 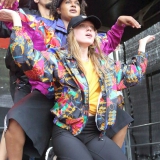 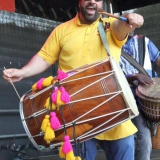 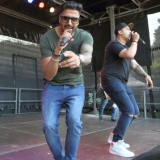 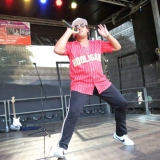 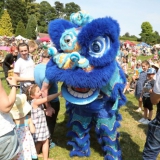 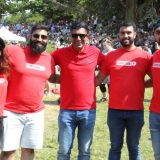 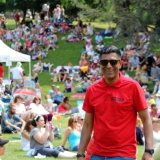 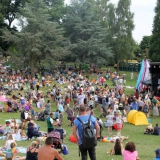