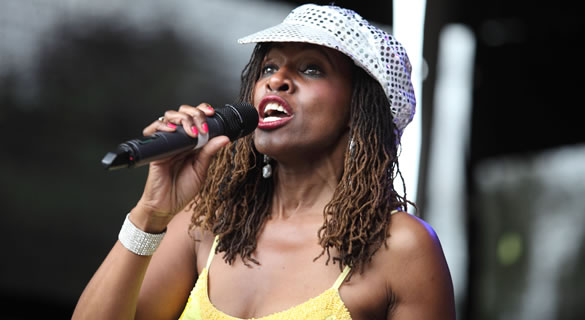 The 9th Tunbridge Wells Mela Festival proved to be a hit with local residents who came out in large numbers to support it. The Mela which celebrated the diversity of the borough through music, food and dance took place on the 13th of July at the Calverley Grounds and was organised by Cohesion Plus in partnership with Sue Latham Events and the Kent Equality Cohesion Council with the support of Arts Council England.

In addition to the stage programme there was a creative arts zone which was led by Mela Festival artistic partners Same Sky who welcomed people through the Mela Festival Gate which has been commissioned by Cohesion Plus as part of the Arts Council funded “Kent Mela Festival Project 2014″.

There was also fund raising on the day to cover some of the costs of the Mela Festival which has struggled financially since Tunbridge Wells Borough Council withdrew all funding for the event. This raised £657.00.

According to Gurvinder Sandher the Artistic Director of Cohesion Plus “This year’s Mela Festival has been one of the toughest to arrange due to the current financial environment locally and the lack of support for culturally diverse events like this in Tunbridge Wells. I am therefore very grateful to Arts Council England and the local community who donated so generously on the day. Any shortfall will be covered by the Kent Equality Cohesion Council. Our artistic content was very strong and we were able to showcase a range of exciting new culturally diverse artists. I am also very pleased with the response we have received for the Afro-Bhangra dance performance we have co-produced which we hope to take on tour next year outside of Kent. I hope that in the light of the success of this year’s Mela Festival that we are able to get more financial support for next year, without which there is a real danger the event could be lost.”