The sun shone on the crowds who turned out in the thousands to support the 16th Tunbridge Wells Mela Festival in Calverley Grounds on Sunday 24th July 2022. The Mela was organised in partnership by Cohesion Plus and Kent Equality Cohesion Council supported by Arts Council England and Royal Tunbridge Wells Together.

Festival goers were wowed but the jam packed entertainment both on and off stage and featured the likes of local favourites The Paul Dunton Orchestra and Ukelear Fall Out. The sounds of vibrant world music was provided by Samba specialists, Bloco Fogo Samba, Sahrudaya West Kent Keralites who performed their signature song and dance originating from South India, and the ever dynamic Kings of Dhol, experts in fusion percussion which has its roots in the North of India. D-Bollywood were also on hand to dazzle the crowds with their popular choreography which had everyone up and dancing. The Mela Festival climaxed with a show stopping performance from the One Love Orchestra who performed classic hits by the reggae giant himself Bob Marley. Off stage further entertainment took place by Circus Raj and the Rajasthan Heritage Brass Band. Both acts hail from the famous ‘Red City’, Rajasthan in India and brought a taste of ancient folklore and tales to Tunbridge Wells and its residents.

There was also a range of food and drink as well which was supplied by local traders. Deputy Lieutenant Mrs Georgie Warner was in attendance and brought a sense of regality to the proceedings, representing the Lord Lieutenant of Kent.

Gurvinder Sandher MBE, Artistic Director of Cohesion Plus who produced the Mela commented, “This year’s Mela Festival is one of the best one that we’ve ever delivered in the 16 years that the event has run. The artistic programme was one that we are exceptionally proud of and rich in diversity, culture and heritage. I am even more proud of the fact that we could showcase these amazing acts and talent in Tunbridge Wells, a place where the arts thrives and is appreciated. I am grateful to everyone who turned out to support this year’s Mela and it was genuine pleasure to spot old faces and Mela loyalists. I know that myself and the Cohesion Plus team are incredibly enthused and excited by what we were able to deliver here today and this only makes us work harder for next year’s event which can only get bigger and better!” 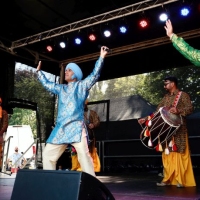 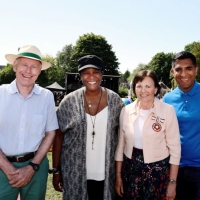 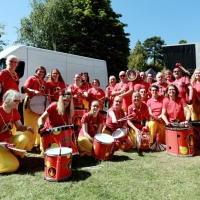 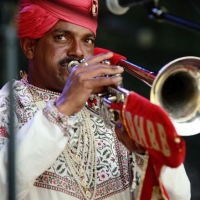