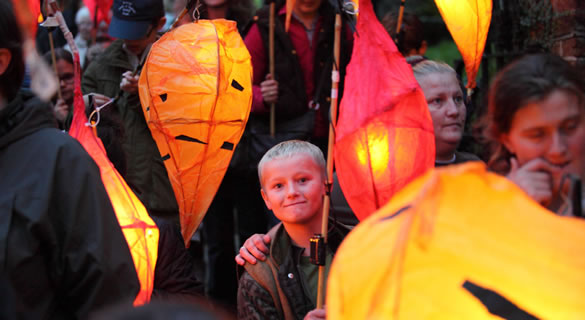 The Festival will take place in 2 distinct phases. In the first part between 6.15pm and 6.45pm there will be a lantern parade through the village involving around 250 young people which will be led by the Mayor of Tonbridge and Malling Cllr. Sasha Luck and the Chairman of Kent County Council Cllr Peter Homewood. The lanterns will be created by the young people in special workshops in schools which are being delivered by the leading arts company Same Sky. The parade will also feature stilt walkers, Four by Four Dhol Drummers and Under1Sun Samba Group.

Once the Parade reaches its conclusion at Wrotham Cricket Ground there will be a fusion Stage Show between 7pm and 8.30pm featuring performances by leading culturally diverse artists and emerging local artists including comedy duo Danny and Dan, Four by Four Bhangra Dancers, Reel Eire Irish Dancers and vocalist Ryan Bennett. In addition there will be locally produced refreshments available.

Gurvinder Sandher the Artistic Director of Cohesion Plus commented “We are delighted to again be working in Wrotham. Building upon the success of last year’s event we have managed to put together an exciting artistic programme showcasing new emerging talent alongside leading culturally diverse artists. As ever I am very grateful for the support shown by the local schools, Wrotham Parish Council and Tonbridge and Malling Borough Council. Events like this allow both young and old to come together and share positive experiences based around the arts.” 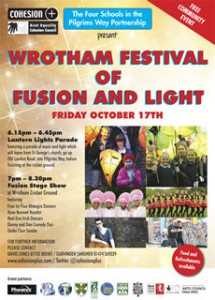