The rural village of Wrotham will play host to the 5th Wrotham Festival of Fusion and Light on Friday October 6th. The festival, organised in partnership by Cohesion Plus, Kent Equality Cohesion Council, Saint Georges Primary School and the schools in the Pilgrims Way Partnership takes place in 3 distinct parts.

During the first phase there will be a series of performances taking place outside St Georges Church featuring Phase 5 Steel Band, Reel Eire Irish Dancers and Electric Cabaret Mime Artists between 5.30pm and 6.30pm.

The Lights Parade will then take place between 6.30pm and 7pm featuring 4 local schools and some 500 people who have been working with Same Sky Arts to create colourful lanterns. They will be joined in the parade by Bloco Fogo Samba, Folk in Beats African and Asian Drumming Collective and Stilt Walkers who will perform and walk alongside the parade.

The Festival will climax with a spectacular fireworks finale at the Cricket Ground which has been produced by Phoenix.

Gurvinder Sandher the Artistic Director of Cohesion Plus commented “This is one of my favourite events we do. I’m really pleased that we are again able to deliver a culturally diverse celebration which has community cohesion at its core in a rural setting. The festival has grown year upon year and I’m always amazed by how many people turn out to support this event. This event would not be possible without the support of local volunteers, St George’s Primary School and Arts Council England. The Wrotham Festival of Light plays an integral part in providing opportunities for young people to celebrate diversity and cohesion as well as experience the arts.” 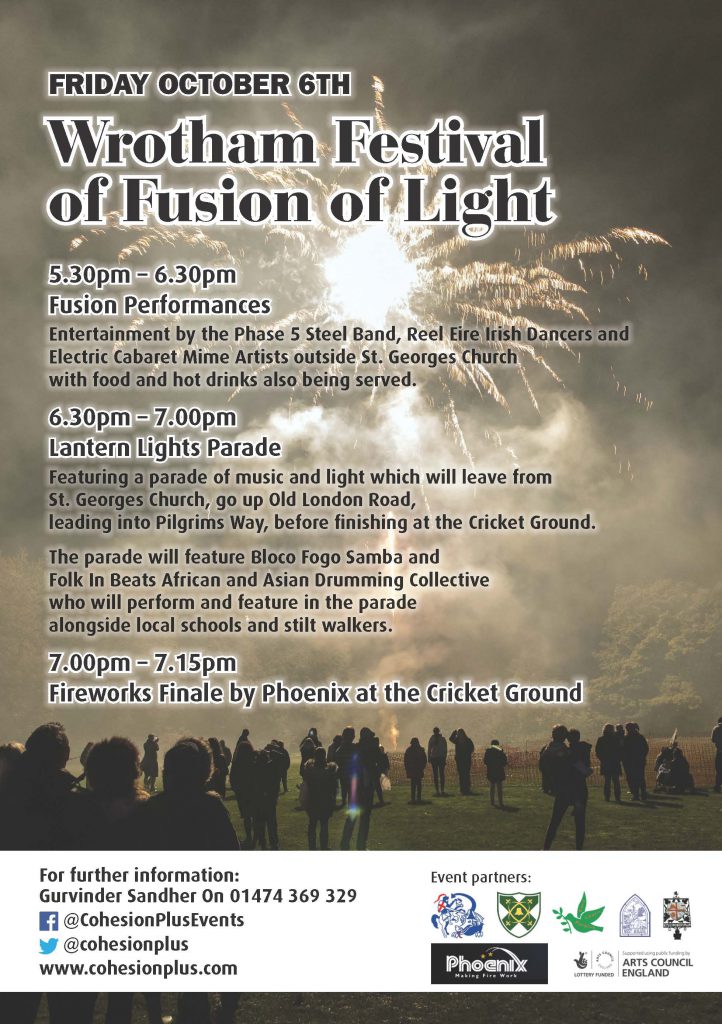 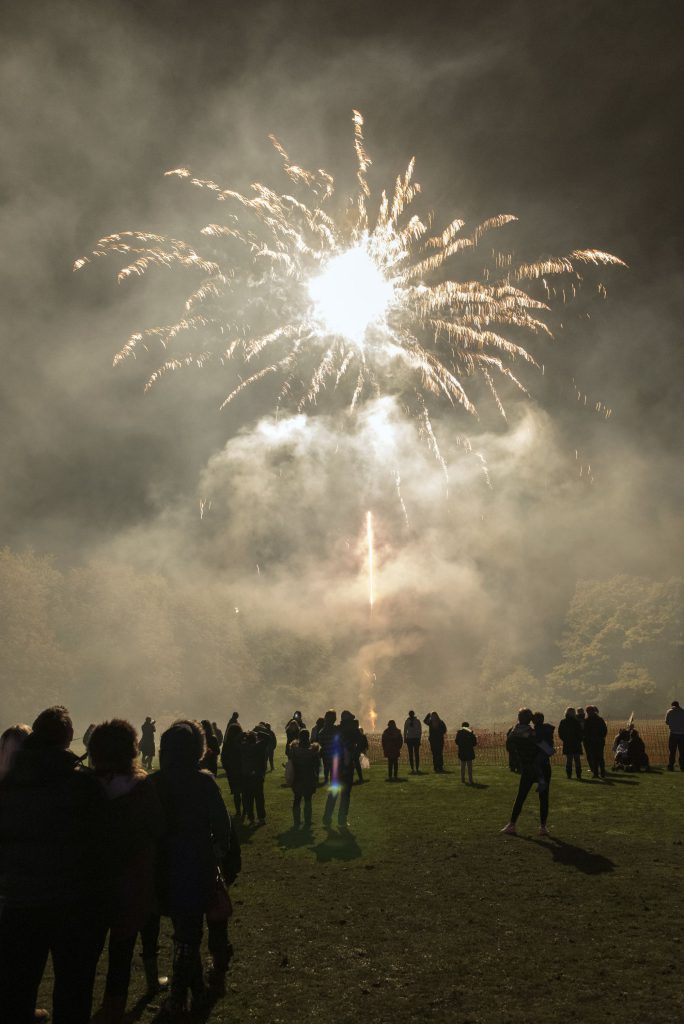