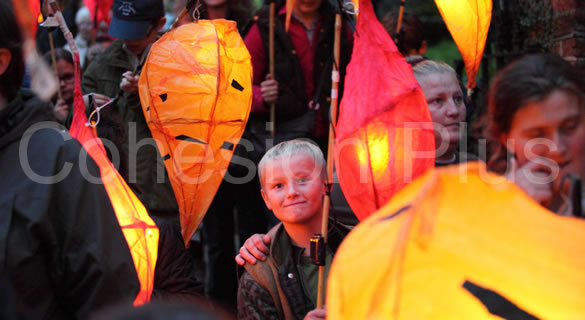 The Festival of Light was organised by the Pilgrims Way Partnership alongside Cohesion Plus, Kent Equality Cohesion Council with the support of Tonbridge Malling Borough Council and Wrotham Parish Council.

The Festival of Light took part in 2 distinct phases. In the first part the local schools took part in a lantern parade through the village of Wrotham starting outside Wrotham Church before finishing at the Cricket Club. The children were joined in the parade by the Bloco Fogo Samba Group, Four by Four Bhangra Dancers and the Hartley Morris Men who then in the second half of the event performed on the Cricket Green to much acclaim from all those in attendance.”

According to Gurvinder Sandher the Artistic Director of Cohesion Plus “We were very pleased with how the event went in Wrotham. We wished to showcase how arts can be used to bring different communities together both young and old. The Festival showcased the hard work of the young people who took part in the lantern parade, and also some of the excellent artistic talents which exists on the doorstep of the village of Wrotham. As ever I am grateful to Samesky who did a fantastic job with the parade and in lighting up the village.” 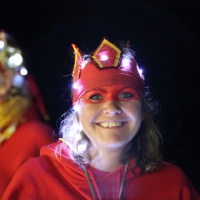 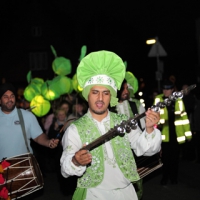 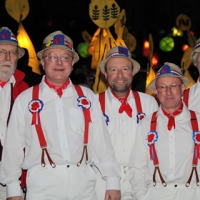 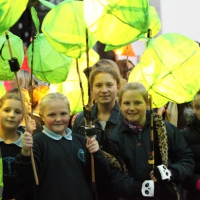 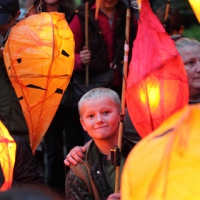